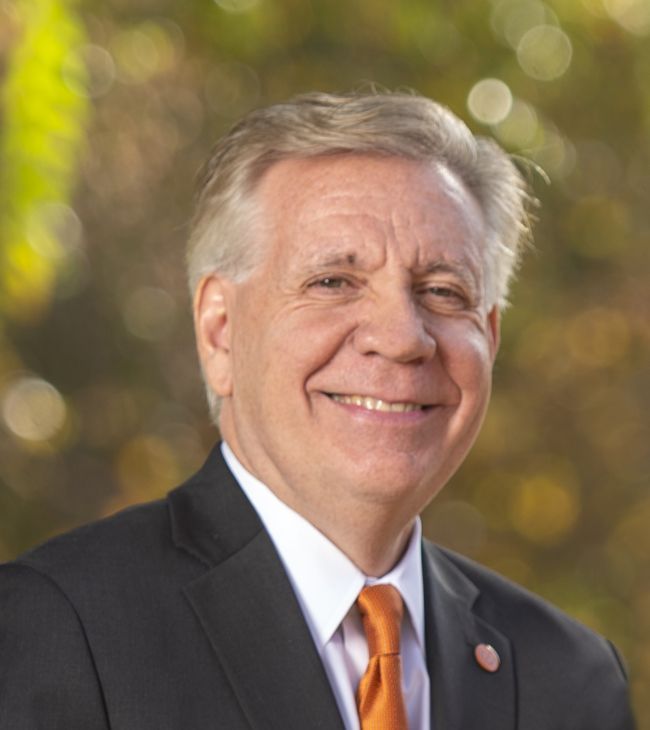 He joined Pacific after more than 25 years in higher education leadership, most recently as the founding dean of the Walter Cronkite School of Journalism and Mass Communication at Arizona State University, CEO of the university-owned Arizona PBS station and vice provost for ASU’s downtown Phoenix campus. He came to ASU from the University of Maryland at College Park, where he served as associate dean of the Philip Merrill College of Journalism and senior editor of American Journalism Review.

A first-generation college graduate, the New York native earned his BS degree in journalism from Boston University’s College of Communication and an MPA from Harvard University’s John F. Kennedy School of Government. Before entering higher education, Callahan was a journalist for The Associated Press in Washington, D.C., and state capitals in New England.

At Pacific, Callahan is focused on building on the strengths of California’s first university: the personalized education of a small college combined with the choices of a major university, with a focus on experiential learning and public service across all three of its northern California campuses (Sacramento, San Francisco and Stockton).

Callahan has set the ambitious goal of Pacific becoming the best student-centered comprehensive university in the nation within a decade. He set out a series of pillars for the university to build upon: the personalized learning that is a hallmark of Pacific, expanded real-life learning opportunities coupled with service to communities, accelerating the pace of innovation and becoming a model for diversity, equity and inclusion. Callahan has moved quickly to recruit top new leaders from institutions such as UCLA, Occidental College and Harvey Mudd College.

He began his presidency three months after the majority of Pacific’s students, faculty and staff had to leave their campuses for remote learning and work due to COVID-19. Callahan focused on ways for the Pacific community to remain connected, starting with a robust series of virtual events featuring headline speakers and a wide array of remote activities for students that included games, forums, entertainment and musical performances.

One of Callahan’s first announcements was the launch of a series of initiatives to set Pacific on the path to becoming a national model for diversity, equity and inclusion in higher education, including plans for the university’s first DEI executive.

When he is not in his Anderson Hall office on the Stockton Campus or on the Sacramento or San Francisco campuses, Callahan can be found meeting with alumni, prospective students and university supporters, visiting classes, observing student and faculty presentations or attending Pacific Tigers athletic competitions, Conservatory of Music concerts and a host of other events.