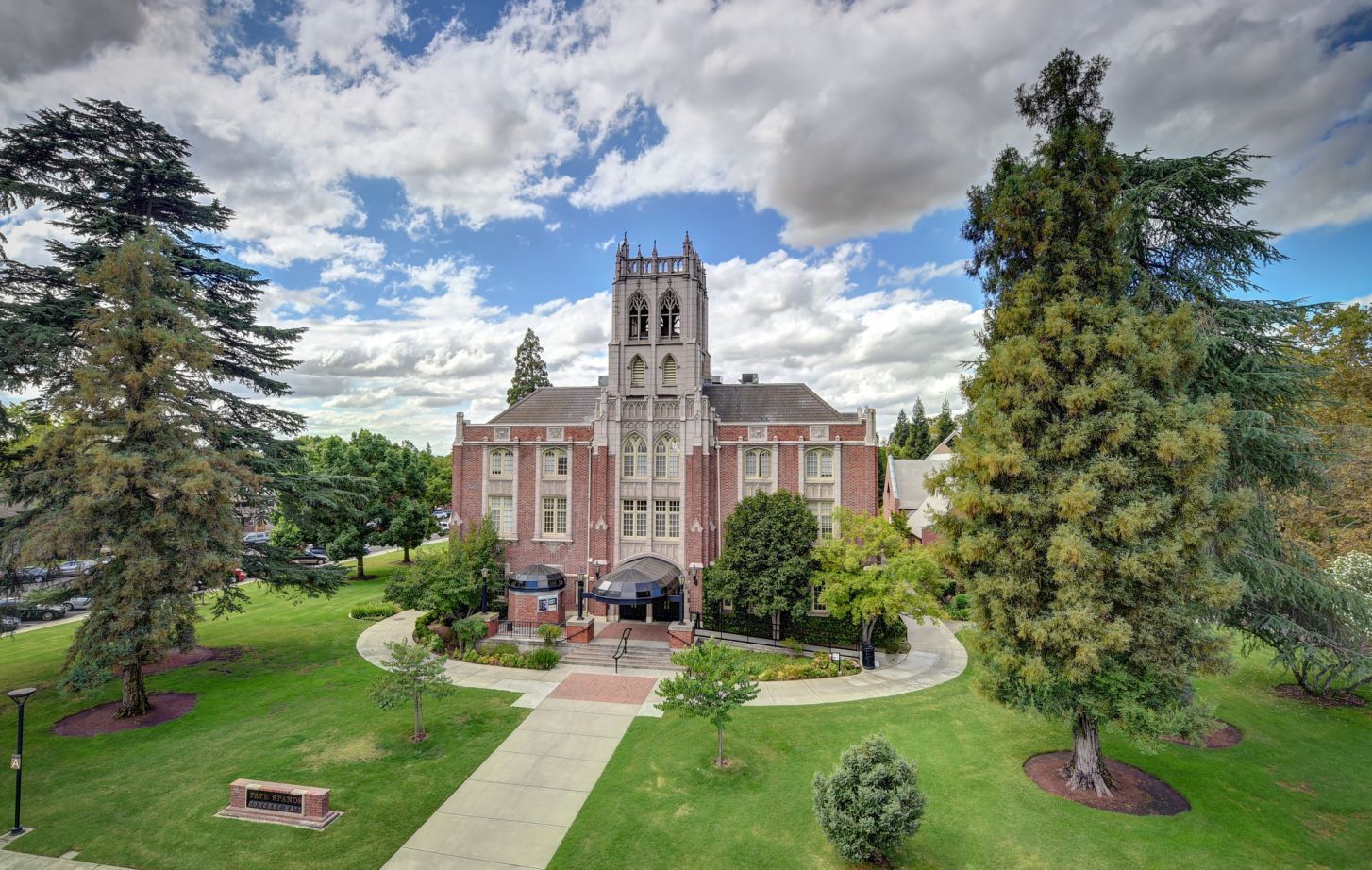 University of the Pacific is home to California's first music conservatory

As the director of a large high school band program, University of the Pacific alumnus Kevin Erickson '95 is not used to receiving personal accolades. However, this past fall he was recognized for his contribution to the field of music education.

A beloved teacher, Erickson was nominated for the Music Educator Award, presented by the Recording Academy and Grammy Museum, and was among 200 quarterfinalists selected from 3,000 entries.

"To be recognized and included with so many other fabulous educators is special," said Erickson. "I'm incredibly proud to represent Dobie High School, Pasadena Independent School District, and our community. I'm fortunate to live and work in a city that has such a vibrant and diverse music scene and overall support for the arts."

The Music Educator Award was established to recognize educators in both public and private schools who have made a significant and lasting contribution to the field of music education. Honorees also demonstrate a commitment to the broader cause of maintaining music education in schools.

"Music education in Texas is different than any I've ever seen," said Erickson. "There is a lot of support for the arts, but with it comes with a higher expectation of competitive success."

Throughout his career, Erickson has worked as an instructor at the University of Houston, San Jacinto College-South Campus, High School for the Performing and Visual Arts (HSPVA) and Pearland High School. He was also percussion director and arranger for Super Bowl XXXVIII in Houston, where he instructed the combined drumlines of the University of Houston and Texas Southern University and collaborated on musical arrangements during the performance with R&B superstar Janet Jackson.

"That was a unique and surreal experience. It's incredible to see how much work goes into coordinating the show," remembered Erickson. "And despite the controversy around the performance (the infamous ‘wardrobe malfunction’), Jackson was wonderful to work with and she was very collaborative."

Erickson's passion for teaching music began at Pacific's Conservatory of Music, where he studied music performance. The Stockton native grew up performing at Faye Spanos Concert Hall and had the opportunity to perform under the baton of Pacific professor Dr. Robert Halseth while still in high school.

"Being able to attend Pacific was special from the start," said Erickson. "You were not just another face in the crowd, which made me feel valued as a part of the campus community."

Erickson credits the late Dr. Eric Hammer, former director of bands and professor of music education at Pacific, for inspiring him to become a music educator.

"Dr. Hammer's love of music and enthusiasm for life touched everyone who had the privilege of being in his presence," said Erickson. "His passion as an educator inspired me to teach music and without his influence I would not have been in a position to be recognized by the Grammys."

Pacific's Conservatory of Music has a long history and connection with the Grammy Awards. This year Conservatory professors Eric Dudley and Virginia Kelsey, who are original members of the groundbreaking alternative-classical vocal band Roomful of Teeth, performed and recorded two pieces which are included in the recognized scope of work of Jesse Lewis who is nominated for the Grammy's Producer of the Year.

Dudley and Kelsey have worked with Lewis dating back to 2012 when they recorded Roomful of Teeth's debut album, which was nominated for three Grammy Awards and won the Grammy for Best Chamber Music/Small Ensemble Performance.

"Receiving a Grammy was surreal and unexpected," recalled Dudley. "Growing up you connect the Grammys with more contemporary music, not classical. To somehow be recognized for our work on our first album was very special."

Both Dudley and Kelsey were brought to Pacific by Conservatory Dean Peter Witte, who had previously invited the duo to come to the university with Roomful of Teeth to perform and conduct master classes on various topics in 2017.

"I am so thankful to Dean Witte for bringing me to Pacific," said Kelsey. "The Conservatory is so progressive, which allows our students to follow their artistic paths and not feel boxed in. I wish every music school could adapt this same mindset."

Erickson has taken that progressive mindset with music education he learned at Pacific and incorporated into his own teaching style. He tries to focus on teaching the whole student, not just the subject of music.

"I try to use music as a vehicle to teach life lessons and provide a pathway for my students to become better people and contributors to society," he explained.

Based on his nomination for the Grammy's Music Educator Award, it appears Erickson's methods have struck a chord with some of his students.

"As I learned in my time at Pacific, great teaching is a result of great learning going on," said Erickson. 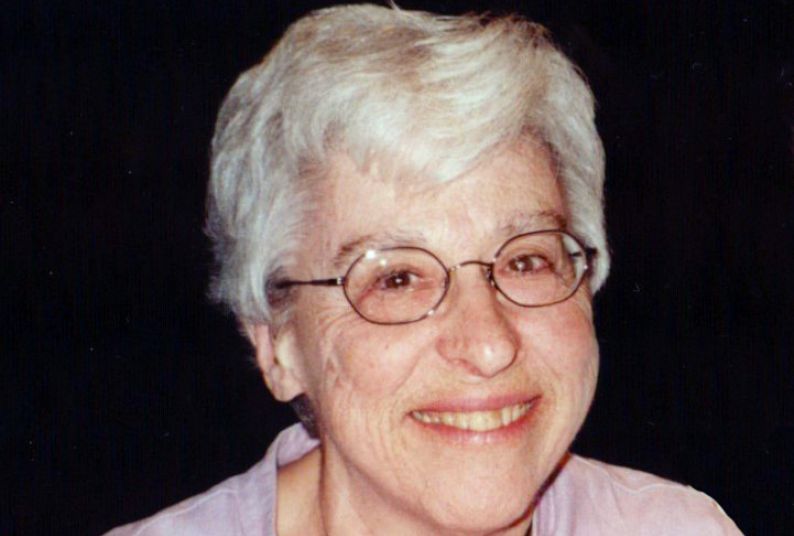 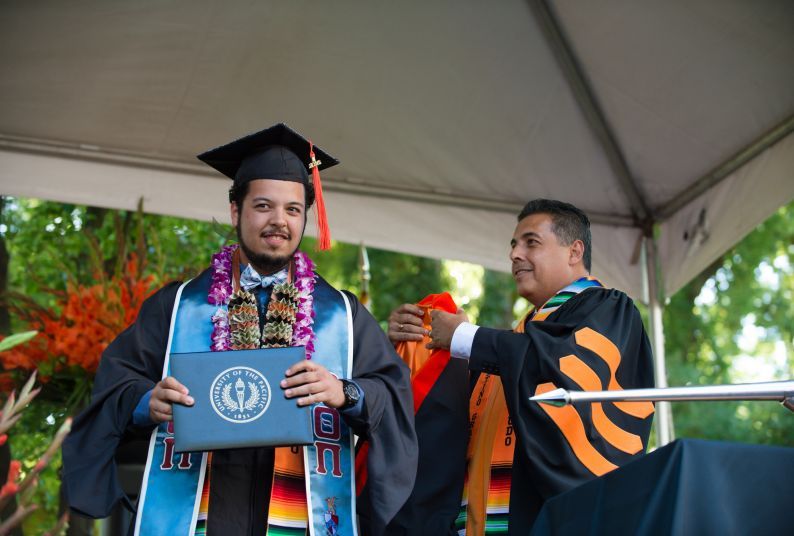 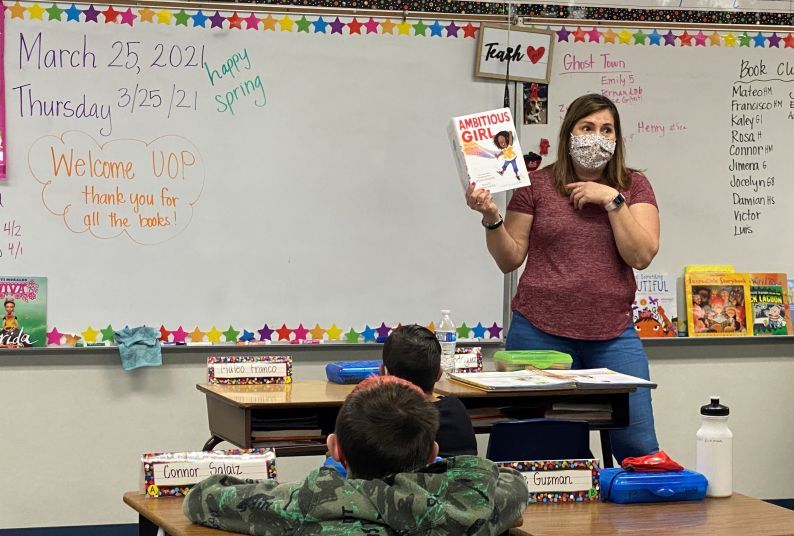