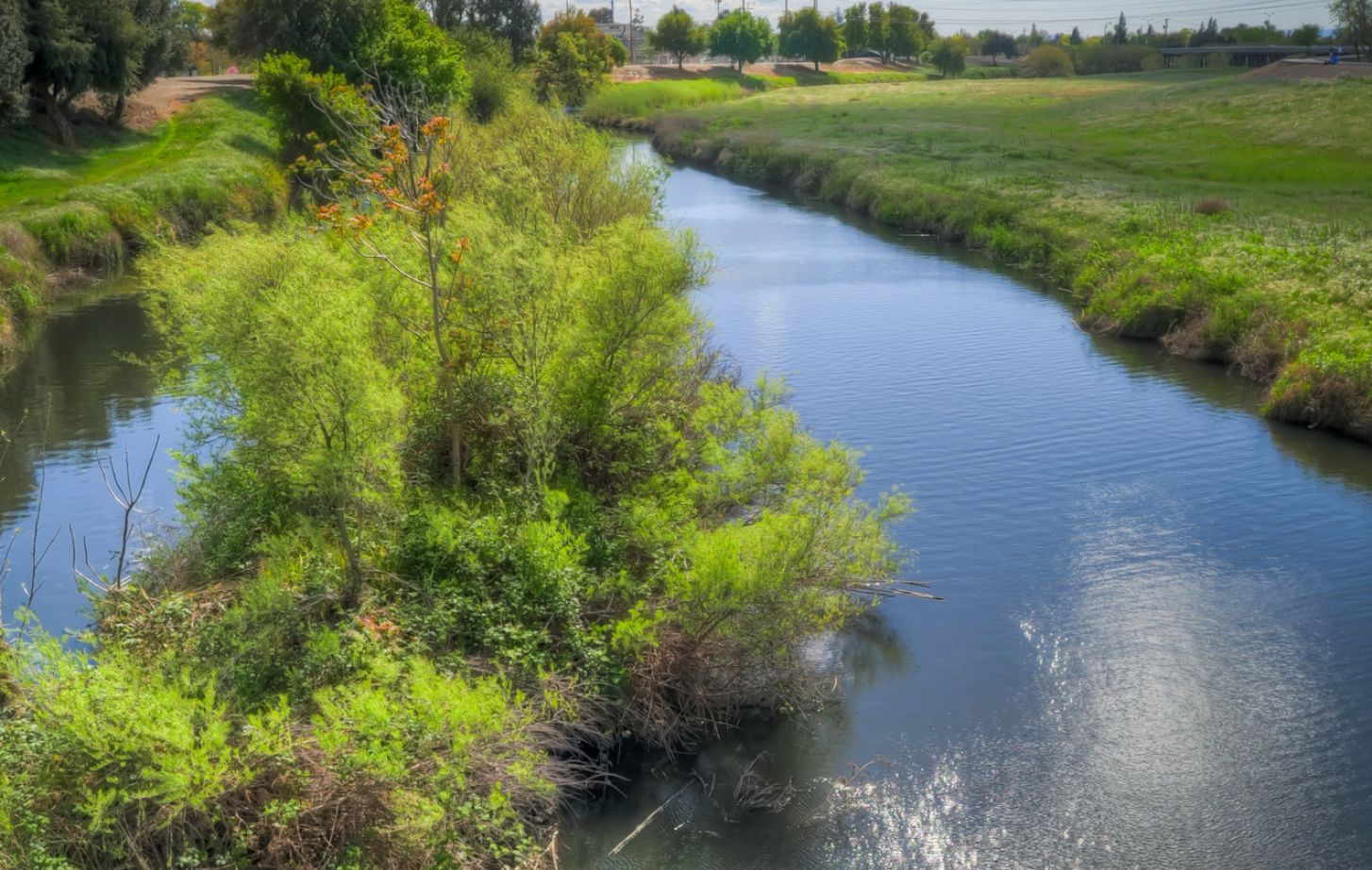 Nearly all of the non-potable water used for irrigation at University of the Pacific comes from the Calaveras River.

As California faces a severe drought, University of the Pacific has taken steps to be one of America's leading universities in water conservation.

Pacific has incorporated efficient water designs with irrigation and updates to facilities across its Stockton campus—and has been doing so since 2006. Among schools in the West Coast Conference, Pacific is the only institution to have 100% non-potable or water not of drinking quality for irrigation and has the lowest consumption of potable water per campus user according to the Sustainability Tracking, Assessment & Rating System.

“Nowhere in the United States is water a more critical issue than in California and many other parts of the West, and we've taken that issue very seriously—and have been for a long time—at Pacific,” said Pacific President Christopher Callahan. “It's imperative our university contributes to conserving California's dwindling water supply within the operations of our campuses and that we teach our students to be future stewards of efficient water use.”

Drought conditions in California have rapidly worsened this spring, as expected snowpack runoff to rivers and lakes decreased by almost 800,000 acre-feet — an amount nearly equivalent to the capacity of Folsom Reservoir. One acre-foot equals about 326,000 gallons, or enough water to cover an acre of land, one foot deep.

Governor Gavin Newsom recently declared a drought emergency in 41 of California’s 58 counties and also called for residents to set a 15% water conservation goal.

At Pacific, nearly all of the non-potable water, used for irrigation comes from the Calaveras River. To manage this water, Pacific's Physical Plant has invested in a central computerized irrigation control system, which allows the university to closely monitor water use and adjust all 64 irrigation controls at the same time.

"The addition of our computerized campus irrigation system makes it possible for us to schedule irrigation and provides us the flexibility to control it remotely throughout the night," explained Toby Rose, Pacific's senior superintendent of grounds. "With this system, it is estimated to reduce our water irrigation usage by 30% annually, which greatly contributes to our conservation."

To be more efficient with the potable water or drinkable water used on campus, Pacific worked closely with California Water Service (Cal Water) to install 850 low-flow toilets throughout the Stockton campus which will save about 125 million gallons of water over the expected 25-year life of the toilets.

In addition to water management, Pacific's sustainability initiatives most recently include a partnership with Tesla to install solar canopies in eight parking lots spread across the 175-acre northern California campus on both sides of the Calaveras River. The project will provide more than 30% of the overall energy needs of the campus, which ranks Pacific among the top five universities in the nation for solar power produced on site.

The project also includes the installation of 16 electric vehicle charging ports throughout campus. Should demand increase for the ports, infrastructure will be in place for the university to add more.

“I am proud of the way Pacific is committed to creating a culture that advances a sustainable future for our community,” said Jessica Bilecki, sustainability director at Pacific. “Moving forward, we will continue to look for new, innovative ways to address water sustainability.”