Everyone in the pool: 7 Tigers vie for Olympic water polo roster spots

“Water Polo U” could play a significant role in this summer’s Olympics in Tokyo. Six former University of the Pacific water polo stars and one current student-athlete are vying for roster spots to represent their home countries in the Olympic games.

Hungary men: Balazs Erdelyi, a two-time college player of the year at Pacific and a 2016 Olympian.

National teams are expected to make their final roster cuts in late June or early July.

“I am very proud of all of them,” Pacific men’s and women’s coach James Graham said. “It is amazing to have so many in contention at this stage. I am rooting for all of them to make it. We also have some other former athletes who are good enough to be Olympians but their national teams did not qualify.”

“It is amazing to have so many athletes from Pacific with a chance to be Olympians,” said Vulpisi, a goalie for Canada. “The whole atmosphere around water polo at Pacific makes it special. It is one reason that I chose to attend the school.” 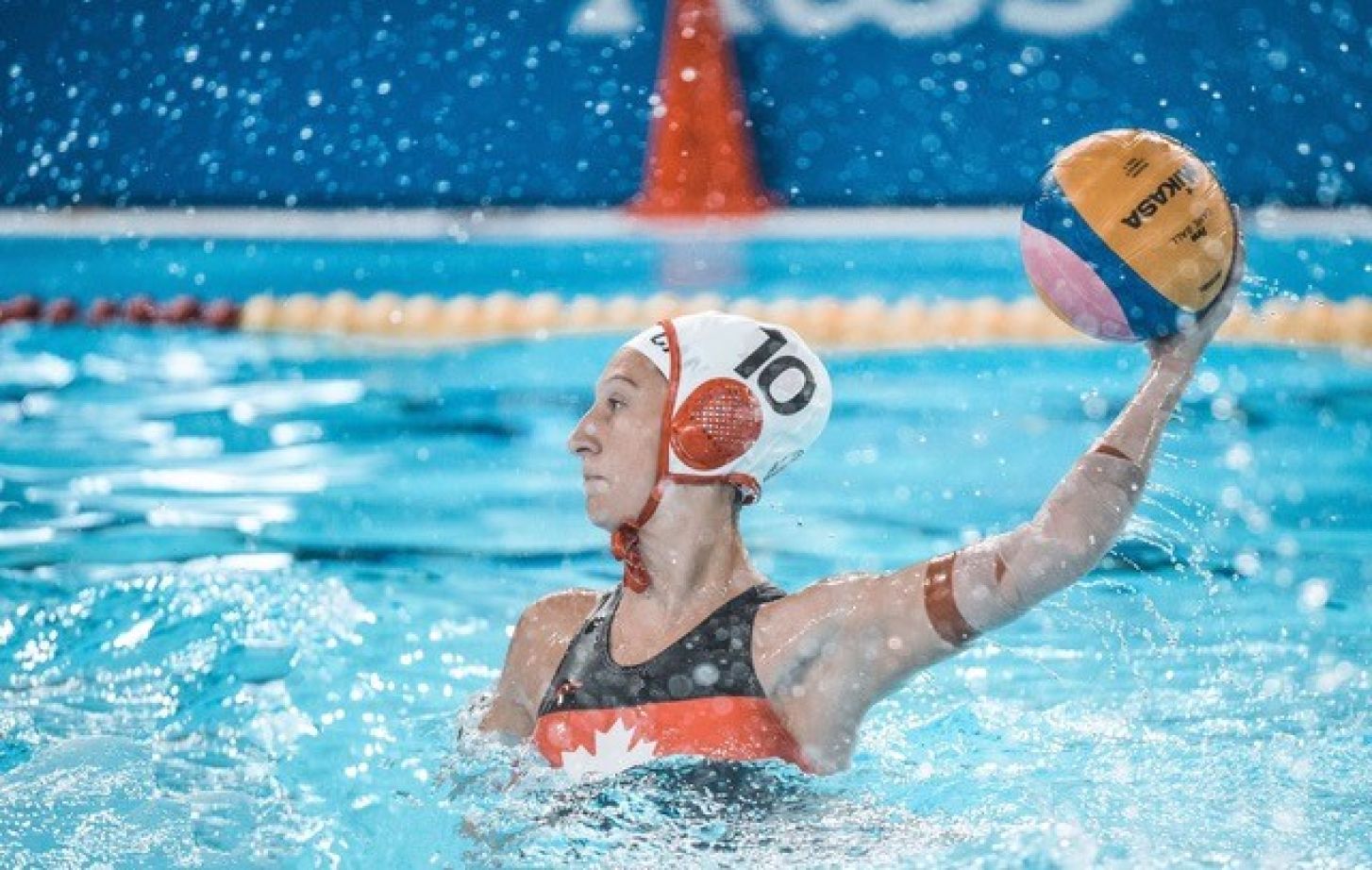 Christmas played at Pacific from 2016 to 2019. She was twice named Golden Coast Conference player of the year. Christmas was an outstanding goal scorer, notching 61 in 2018 and 71 in 2019. She had 211 career goals for the Tigers. Christmas played in her first senior international tournament in 2016.

“We have been practicing in Montreal in a bubble-like situation. It has been difficult to determine where we are as a team because we have mostly practiced among ourselves. We have scrimmaged against some men’s teams,” Christmas said. “The next few weeks will tell us a lot about where we stand.”

The Canadian team recently departed to practice with the United States squad in California. From there, it will travel for training and competition in Italy, Greece and possibly Hungary. And then it’s on to Tokyo.

“We will be on the road until we get to Tokyo,” Christmas said. “If we were to go back to Canada, there would be a mandatory two-week quarantine. We can’t afford that so close to the Olympics … After our last practice in Montreal, I got very emotional. This has been a long wait and now we are so close.”

Christmas and her father, Steve, showed ingenuity when Canadian pools were shut down due to the pandemic last summer. Using 16 hay bales, large tarps, duct tape and a Bobcat, they built a do-it-yourself hay bale pool at the family’s Alberta home. Their effort was chronicled in a video that became a social media smash. 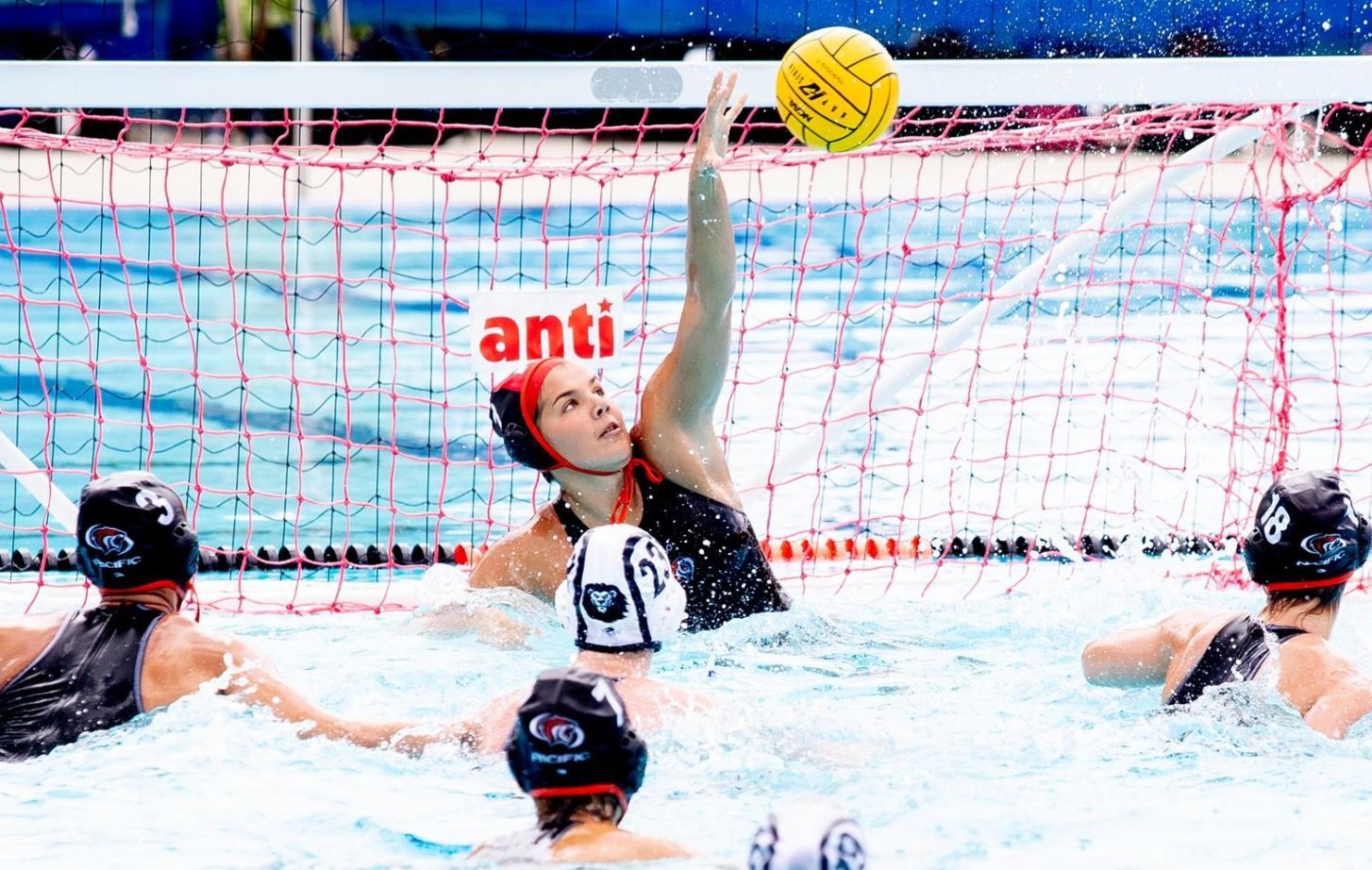 Vulpisi was a goalie for Pacific in 2019, when she made 150 saves, had 39 steals (top five in the conference) and had a .470 save percentage in 22 games. She red-shirted after her first year to seek a spot on the Canadian women’s team.

Vulpisi has been a full-time, distance-learning student at Pacific—34 total units in two semesters—while taking a year off from playing for the Tigers to try for the Olympic spot.

“There are three goalies with the national team and two will make the Olympic roster,” Vulpisi said. “Training is going well for us. There is a lot of downtime, so it was good for me to take my classes.”

She plans to return to Stockton in the fall for classes and to play for the Tigers. 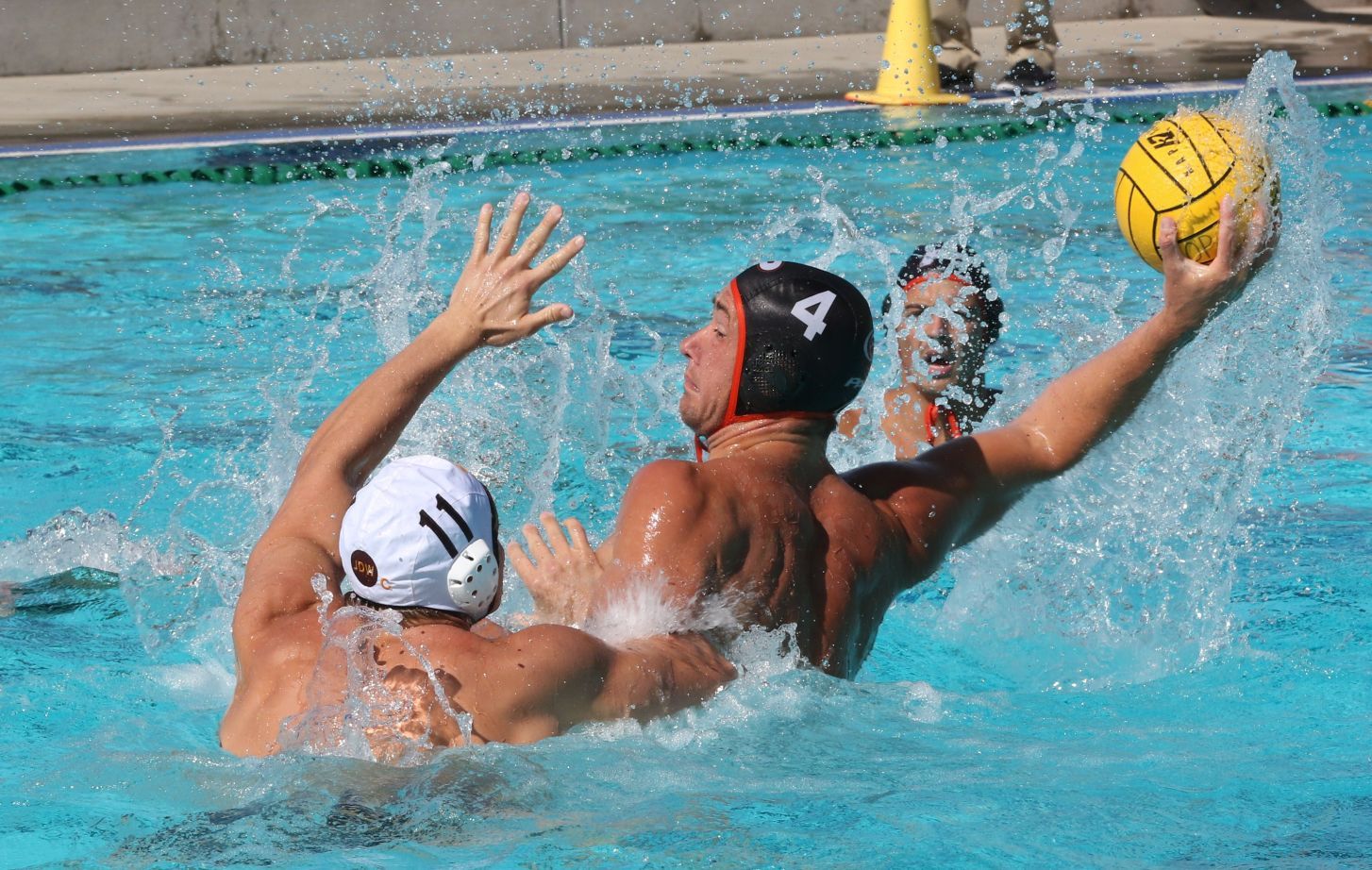 Obert, who played at Pacific from 2011 to 2015, was a three-time All-American. He scored 157 career goals. In 2013, he helped lead the Tigers to the national championship game and runner-up finish.

Obert made the roster for the 2016 Olympics in Rio de Janeiro and scored two goals. The United States finished 10th. Obert scored 10 goals in the 2019 Pan American Games in Lima, Peru, as the United States won the championship. 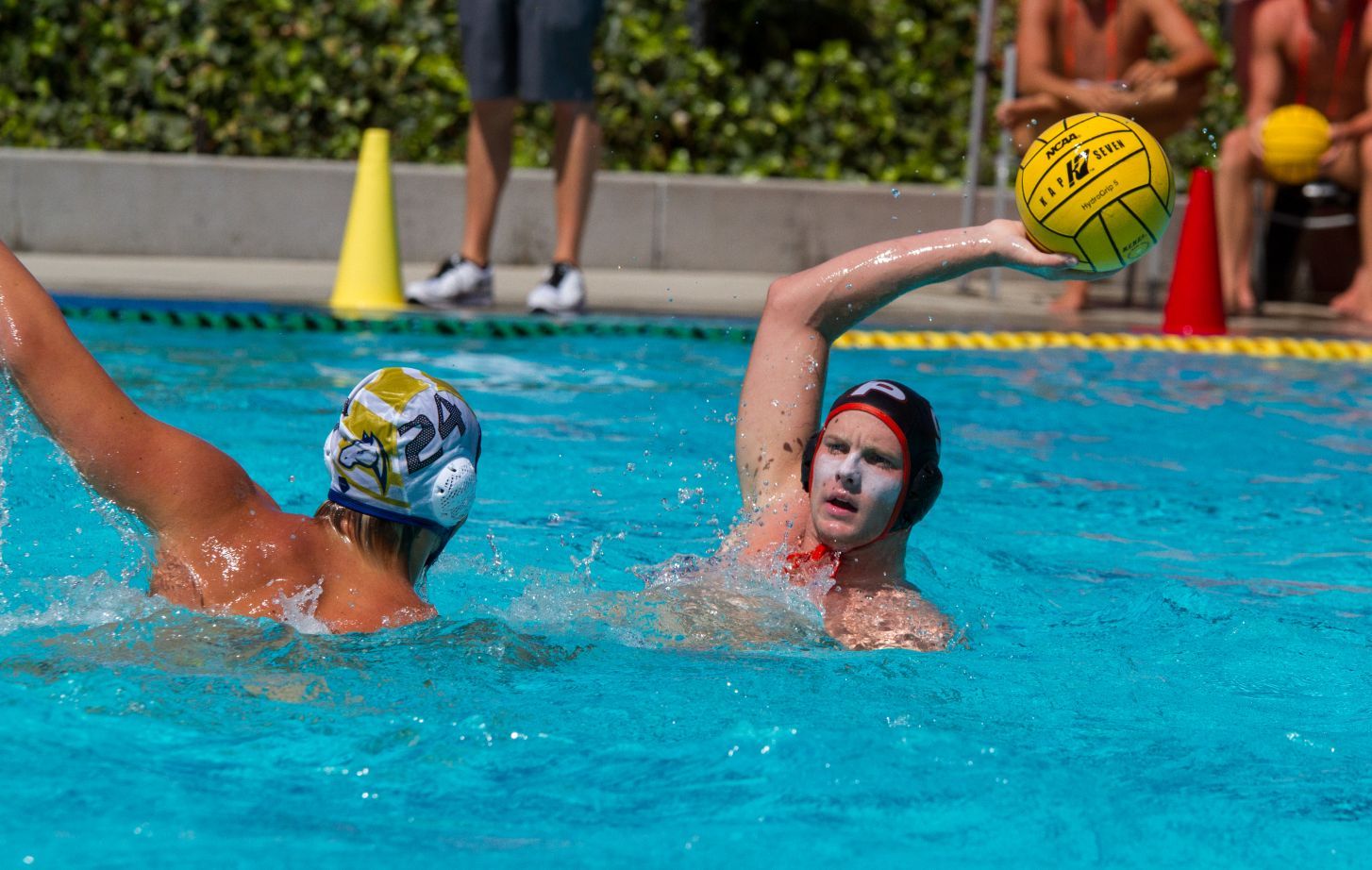 Stevenson played from 2013 to 2017 for the Tigers. He notched 58 and 47 goals in his last two seasons. Stevenson made a huge impact in his international play debut, scoring seven goals during the 2018 FINA World Cup in Berlin. He plays for the Glyfada team in Greece and previously played in Australia.

“I love a lot about water polo but I think the part I love the most is the competition and the challenge of constantly trying to get better,” Stevenson said in an interview with USA Water Polo. “I think the delay of one year (due to the pandemic) could end up helping us. We are a young team—that gave us another year to grow stronger.”

Erdelyi helped establish Pacific as a national power with his prolific goal scoring and all-around play. He twice received the Peter J. Cutino Award—essentially the Heisman Trophy for water polo—as the top collegiate player in the nation. Erdelyi got better throughout his career scoring 52 goals in 2010, 56 in 2011, 83 in 2012 and 96 in 2013.

Erdelyi was a member of Hungary’s 2016 Olympic squad. The Hungarians advanced to the medal round, but were defeated in the quarterfinals. Hungary has a rich history with 15 medals, nine of them gold.

Tomasevic had a stellar college career, capped by his senior season (2013) when he scored three or more goals in 14 games en route to 66 goals for the season. Tomasevic had 202 career goals at Pacific.

Originally from Croatia, Tomasevic has lived in Australia since his time at Pacific. If he makes the team, as expected, the Olympics will be his first international competition for Australia. 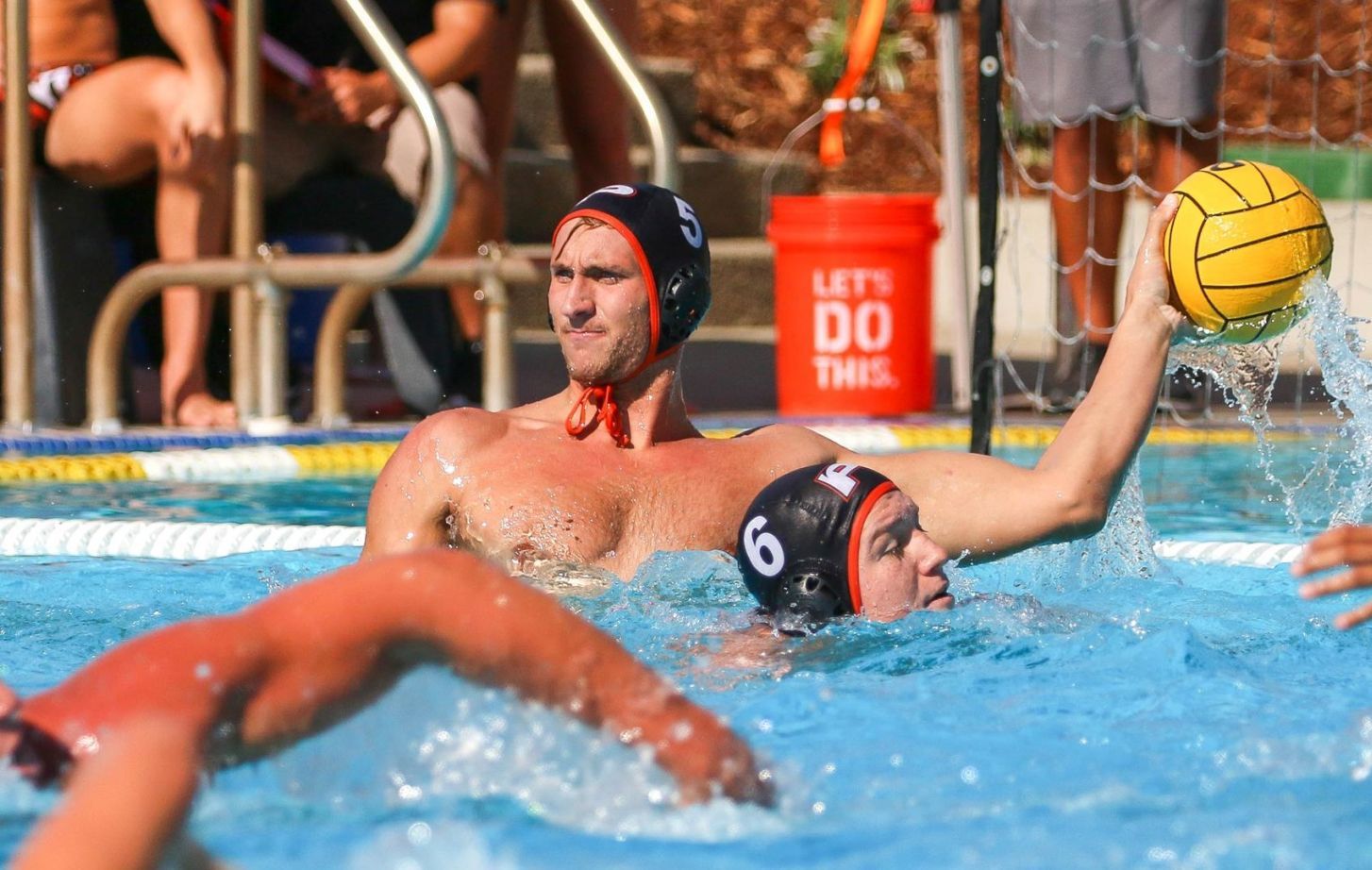 Pavillard was a standout for Pacific (2015 to 2019), and helped the Tigers to a national runner-up finish in his senior year. Pavillard had five goals in the national semifinal win over Pepperdine and three in the title game loss to Stanford.

Pavillard is one of the young, up-and-coming stars in Australian water polo and is considered to have a strong chance to make the Olympic roster