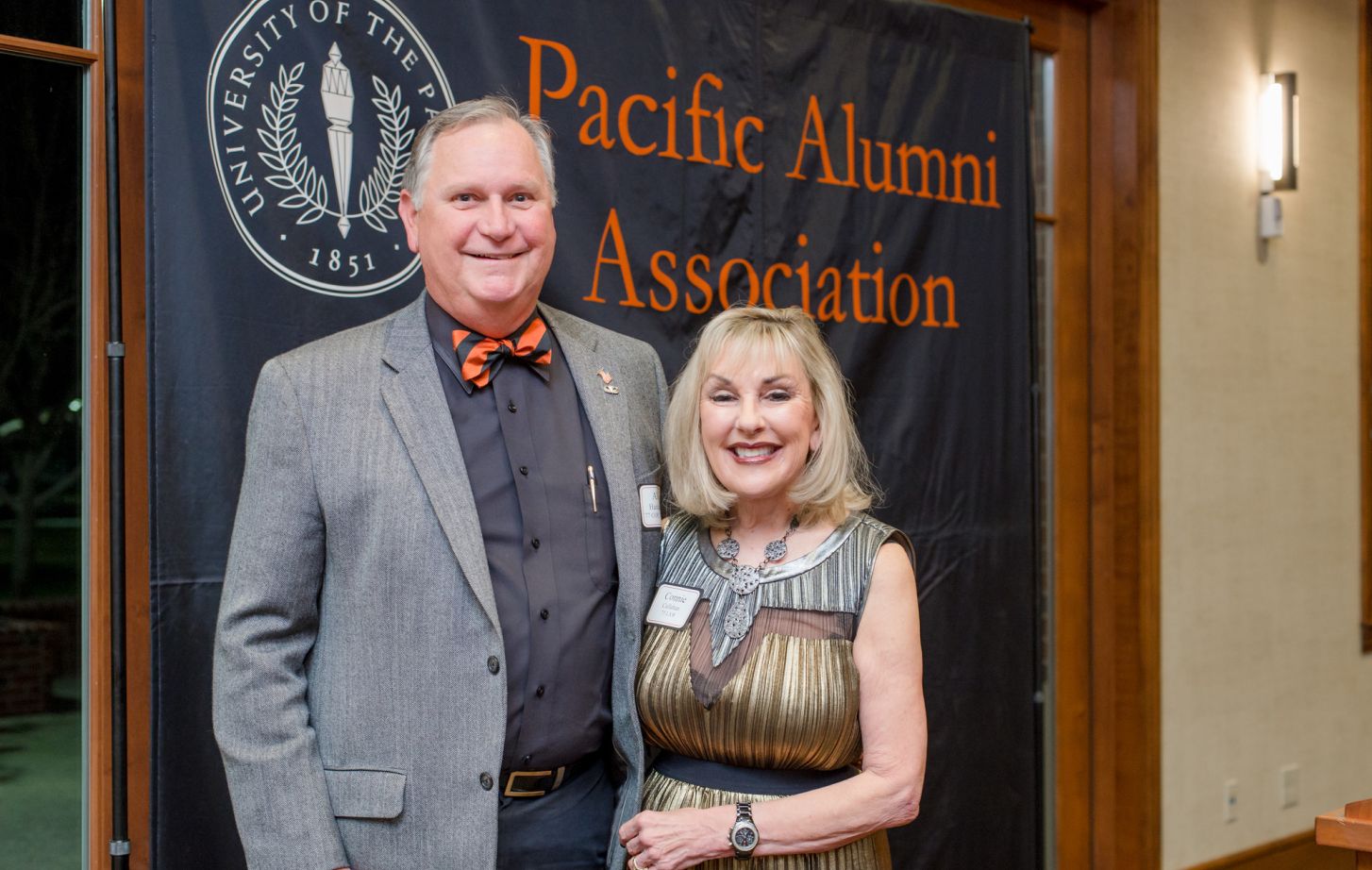 Allan Hardcastle '77, '79 serves as vice president for the Pacific Alumni Association Board of Directors.

“That is the Pacific experience that money can’t buy. I wouldn't have done well at a large university, I would have disappeared. But at Pacific, the professors do not let that happen." - Allan Hardcastle

Allan Hardcastle '77, '79 recalls an afternoon just a few months after beginning his role on the bench for the Sonoma County Superior Court, when his bailiff handed him a business card. To his surprise, the card belonged to University of the Pacific’s political science Professor Wallace (Wally) Caldwell, who had been his faculty advisor 22 years earlier.

Caldwell, who was now retired, had driven hours to visit Hardcastle's chambers after he had heard Hardcastle had been appointed to the bench. Together they reminisced about classmates from the university and Caldwell still remembered each of them by name.

“That is the Pacific experience that money can’t buy," said Hardcastle. "I wouldn't have done well at a large university, I would have disappeared. But at Pacific, the professors do not let that happen."

An alumnus of the university’s College of the Pacific and McGeorge School of Law, Hardcastle became a licensed attorney and went on to join the Army Judge Advocate General Corps (JAG Corps) in 1979. Following leadership and military law training courses at the Judge Advocate General’s Law Center and School, he was deployed to Fort Benning, Georgia—home to more than 120,000 residents and base employees. It was there that Hardcastle tried over 80 jury trials as criminal trial counsel and defense counsel.

From 1983 to 2002, Hardcastle continued to serve in the JAG Corps as a reserve officer, where he presided over courts-martial. He reached the rank of lieutenant colonel when he retired after 23 years of service.

"I developed a tremendous camaraderie with the soldiers I served with," recalled Hardcastle. "It was a very similar experience to when I came to Pacific. I showed up not knowing anybody and that really brings people together."

From 1982 to 1986, Hardcastle worked as an associate attorney for Geary, Shea, O’Donnell, Grattan & Mitchell. In 1986 he joined Norbert Babin and Martin Seeger to establish the law firm of Babin, Seeger and Hardcastle. His practice combined plaintiffs’ and defense work, with a focus on personal injury and product liability cases. Then in 1997, he was appointed to be a judge of the Superior Court of Sonoma County where he served until his retirement this year.

“I could not have achieved the same success in my career without my experience at Pacific,” said Hardcastle. “It was there that I learned the value of hard work and preparedness. But, most importantly I learned how to think critically.”

Hardcastle currently serves as a vice president for the Pacific Alumni Association Board of Directors. This marks his second term on the board, as he also served on the board in the late 1980s. In addition to his work with the alumni association, he volunteers in the admission office to recruit incoming students and serves as a judge for McGeorge’s Trial Advocacy course.

"I give my time to Pacific out of a sense of gratitude for the university taking a chance on a skinny kid from the Central Valley," explained Hardcastle. "I was a first-generation college student and Pacific gave me the opportunity to go to college and I can never repay that. I want future students to have the same opportunities and experiences I received."

Alumni College of the Pacific McGeorge School of Law