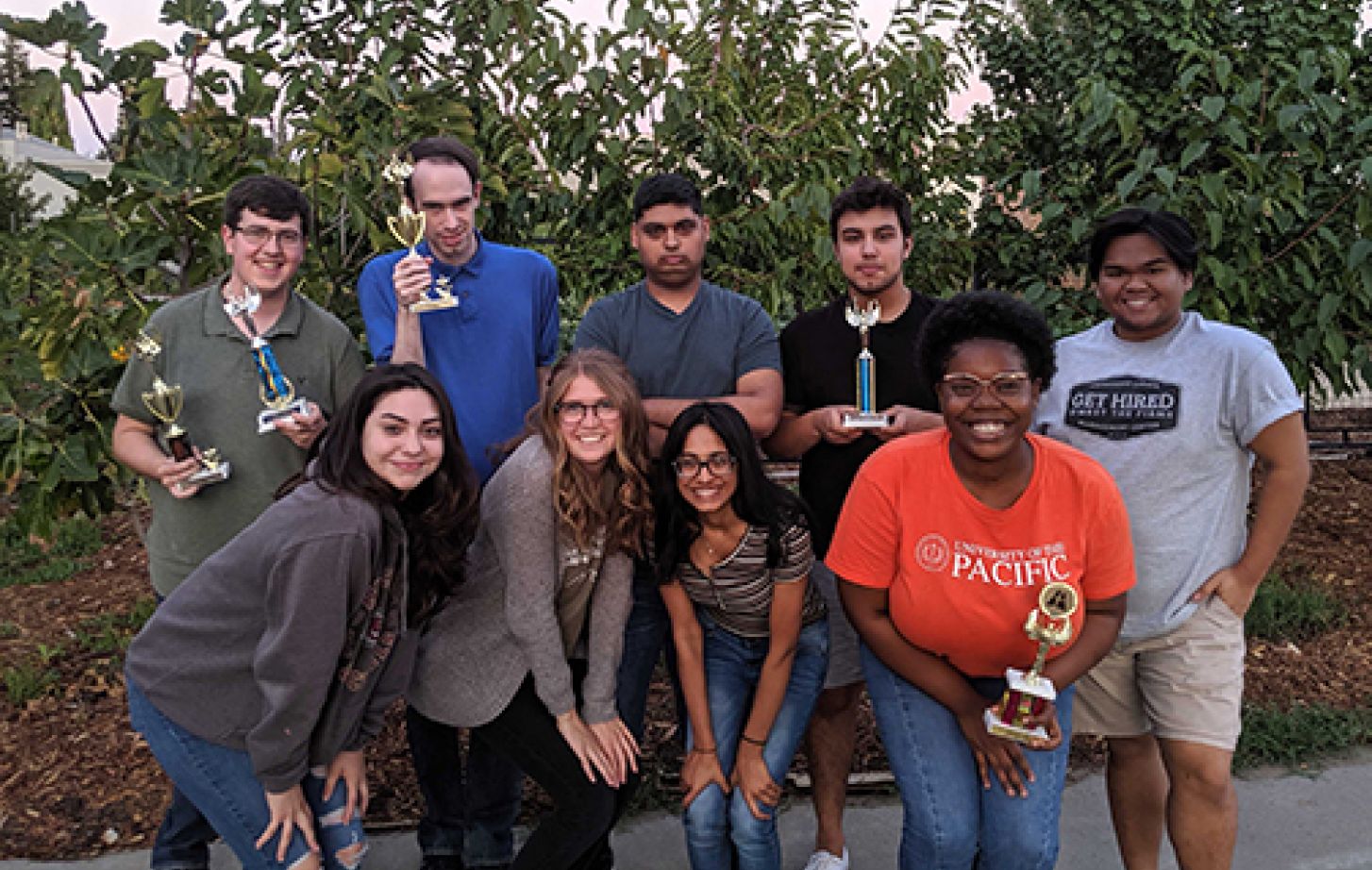 University of the Pacific’s Speech and Debate team finished this season as national champions, edging out UC Berkeley to become the top-ranked team of the National Parliamentary Debate Association’s open division.

Pacific’s debate team, which is comprised of students across disciplines, enjoys a legacy of success dating back to the late 1950s and early 1960s when it was under the direction of the legendary Paul Winters. For the past five years, the team regularly has been ranked among the top 10 teams nationally. In 2018, Cassidy Johnson, a freshman at the time, won a national title for the speech event in the novice division. This is the first time in 56 years that Pacific’s team has won a national championship as a team.

Director Steven Farias chalks up the team’s success to Pacific’s commitment to making sure all team members get to travel and compete.

“The team travels to most tournaments as an entire squad, rather than sending fewer numbers to different tournaments based on skill level,” Farias said. “In this way, we build team camaraderie and are able to push each other and support each other.”

The National Parliamentary Debate Association consists of three divisions: open, junior and novice. The most experienced debaters participate in the open division, which is regarded as the most competitive. Teams accumulate points for their top four finishes over the season. The teams with the highest points in each division win.

Led by Farias, the 10-member team competed in 13 tournaments this season. In addition to UC Berkeley, Rice University, Point Loma University and Concordia University-Irvine rounded out the top five in the open division.

“We have a wonderful coach in Steve Farias who inspires students to research and reason on the most controversial topics of the day and to compete and win against the best and brightest debaters in the United States,” said Rena Fraden, dean of the College of the Pacific.

The members of Pacific’s 2019–20 Speech and Debate Team are: