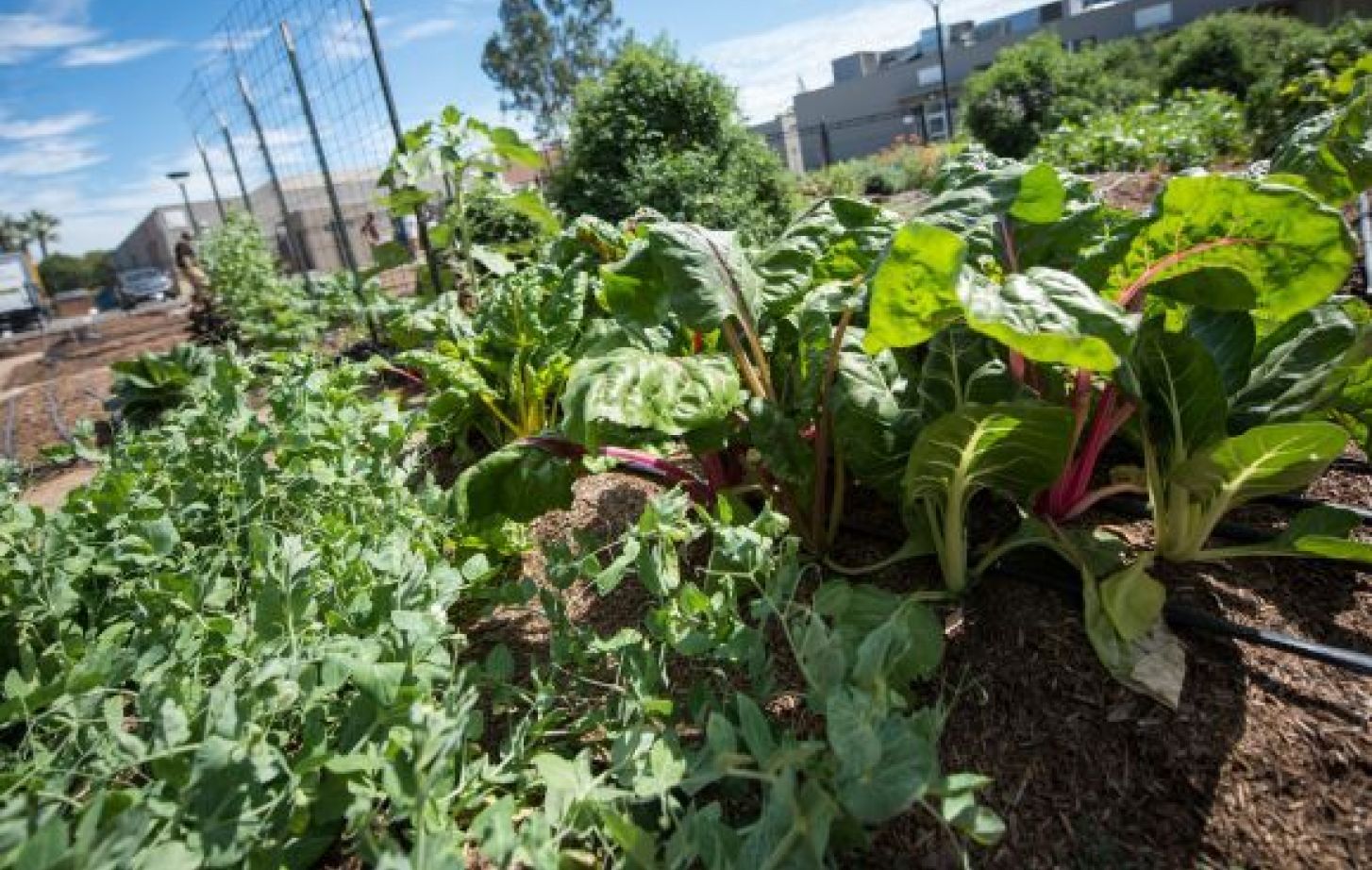 For almost a decade, organic produce has been grown on the Pacific Stockton campus at the Ted and Chris Robb Garden.

The idea for a campus food garden on Pacific's Stockton Campus first arose from Pacific students Fiona Kelly and Vinny Johl, who in 2010 were involved in the Clinton Global Initiative University (CGI-U) Conference and made the planning, design and construction of a campus garden at Pacific their specific CGI-U commitment.

They remained involved as a proposal was developed for "The Pacific Campus Garden" in 2010-2011. This proposal was presented to then-Regent Walter Robb (CEO of Whole Foods at the time), who made a generous initial gift in the fall of 2011 to fund the construction of the garden. The first phase of the garden was completed in the fall of 2012. It was named the Ted and Chris Robb Garden after Robb's two sons, who are both Pacific alumni.

“The garden means different things to different people,” said Jessica Bilecki, Pacific’s Sustainability Director. “For some, it gives them an opportunity to see tangible results—that they can grow something. There also is a definite social aspect to the garden. We plant some crops that have cultural values to campus populations. That can help promote understanding.”

Walter Robb's intention in making a gift to create a campus garden was to promote growing food using methods that are not only organic, but biointensive. Specifically, he wished for the Robb Garden to follow the approach of John Jeavons of Ecology Action Farm in Willits, which has developed its own specific variant of the biointensive method called Grow Biointensive ®.

Walter Robb made a second, larger gift to the University in 2014. This gift also supported the construction of a plaza between the Robb Garden and the Geosciences Center, named after Walter Robb's daughter Abigail. The plaza is lined with large specimen boulders selected by members of the Geological and Environmental Sciences faculty, including Arizona Sandstone, Serpentine, and Greenstone. The boulders have broad, flat surfaces that are just right for sitting down to have a chat, or jumping upon to recite a poem.

Hundreds of Pacific students have worked at Robb Garden over the past decade.