Ceremony centered on the return of archaeological remains from the school’s Atkinson Collection to Native American tribes. 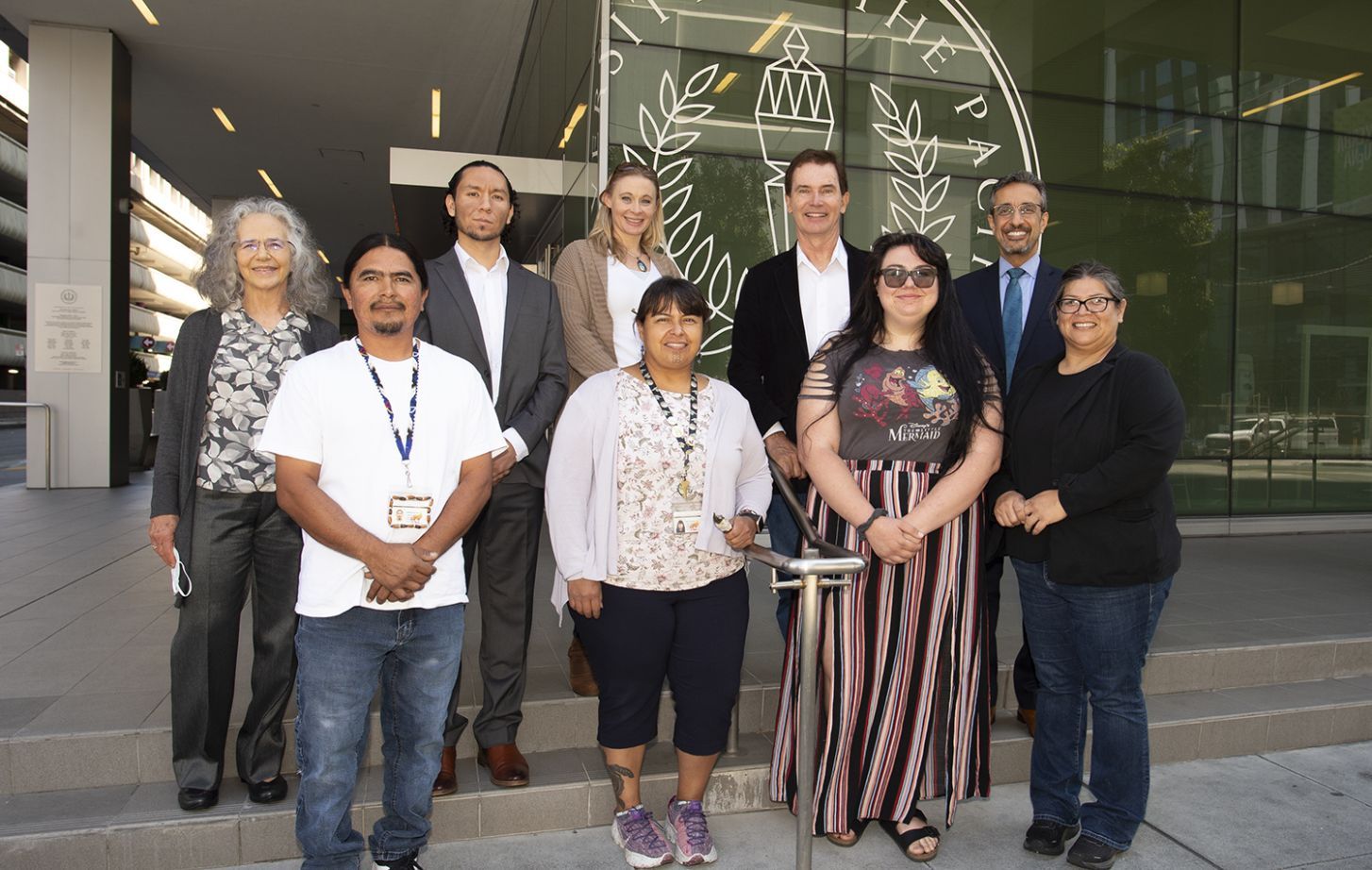 Seven Native American tribal members visited the Arthur A. Dugoni School of Dentistry to participate in a Transfer of Control and Custody event on Aug. 26, 2021, marking the culmination of a repatriation partnership formed in 2020 between the federally recognized tribes of the Central California Yokuts NAGPRA Coalition and University of the Pacific.

Smudging — a traditional purifying ceremony using smoke from dried sage — and prayers were performed prior to packing the archaeological remains of six individuals from the school’s Atkinson Collection for transport back to the Santa Rosa Rancheria in Kings County. Reburial of the remains will take place in late September at an undisclosed location in San Joaquin Valley.

Since 2017, Dugoni School museum curator Dr. Dorothy Dechant has been engaged in efforts to evaluate possible cultural affiliation between existing California tribes and Native American archaeological remains found in the Atkinson Collection. Native American archaeological remains make up a small portion of the collection. The larger, modern portion of the Atkinson Collection consists of over 1,500 human skulls primarily collected by orthodontist Spencer R. Atkinson from autopsies and medical/biological supply companies. Since its acquisition by the university in 1964, over 200 publications and presentations, and a number of MA, PhD and MSD theses in dentistry, orthodontics, craniofacial growth and development, forensics, and craniofacial variation and evolution have resulted from study of the collection. At the school, teaching demonstrations provide examples of congenital and pathological conditions that students may encounter in the main dental and orthodontic clinics, and illustrate natural variability in bony anatomy of the ear for students in audiology labs.

The repatriation work is in compliance with the federal Native American Graves Protection and Repatriation Act (NAGPRA). Dr. Dechant’s involvement has included learning NAGPRA regulations and requirements; contacting and holding consultations with numerous tribes; corresponding with other museums and institutions regarding their collections; researching archaeological site locations; assessing tribal claim letters; and submitting completed Inventory updates, Federal Register reports, and Transfer of Control documents to the national NAGPRA program in Washington, D.C. The August 26 event was sponsored by a NAGPRA repatriation grant awarded to the university in 2020.

“The Dugoni School was honored to host this repatriation ceremony and welcome tribal members as part of the important process of returning these archaeological remains to culturally affiliated tribes for reburial in their final resting place,” said Dr. Nader A. Nadershahi, dean of the Dugoni School of Dentistry.

Read more about the Atkinson Collection in the “Collections” section of the Center for Dental History and Craniofacial Study (CDHCS) website. 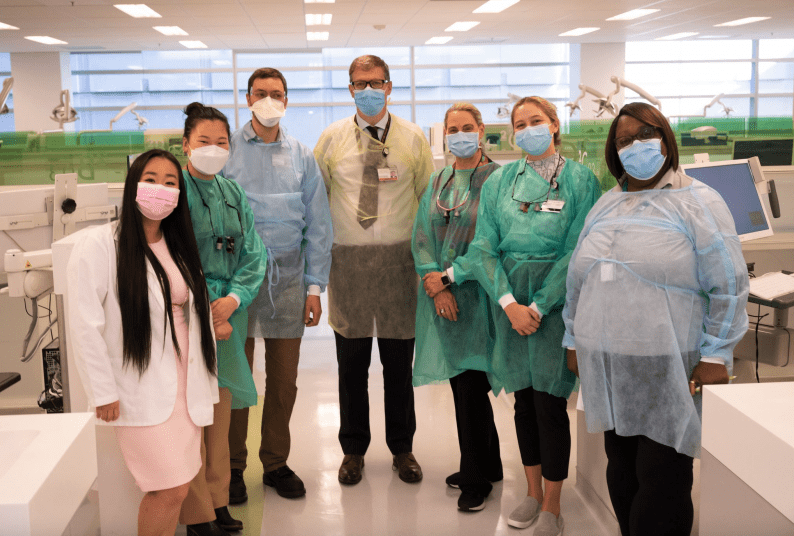 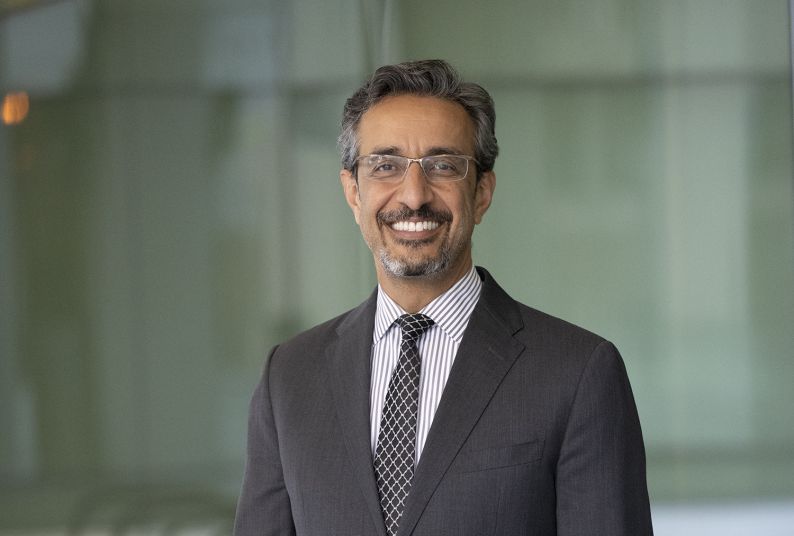 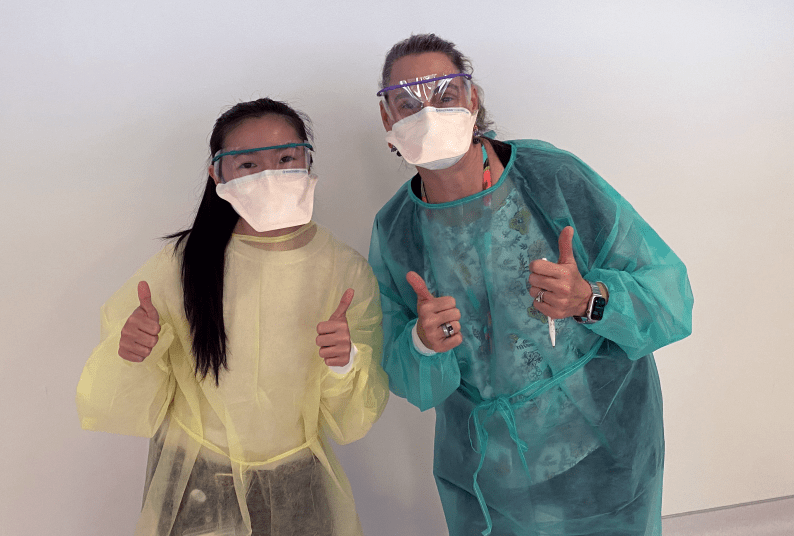