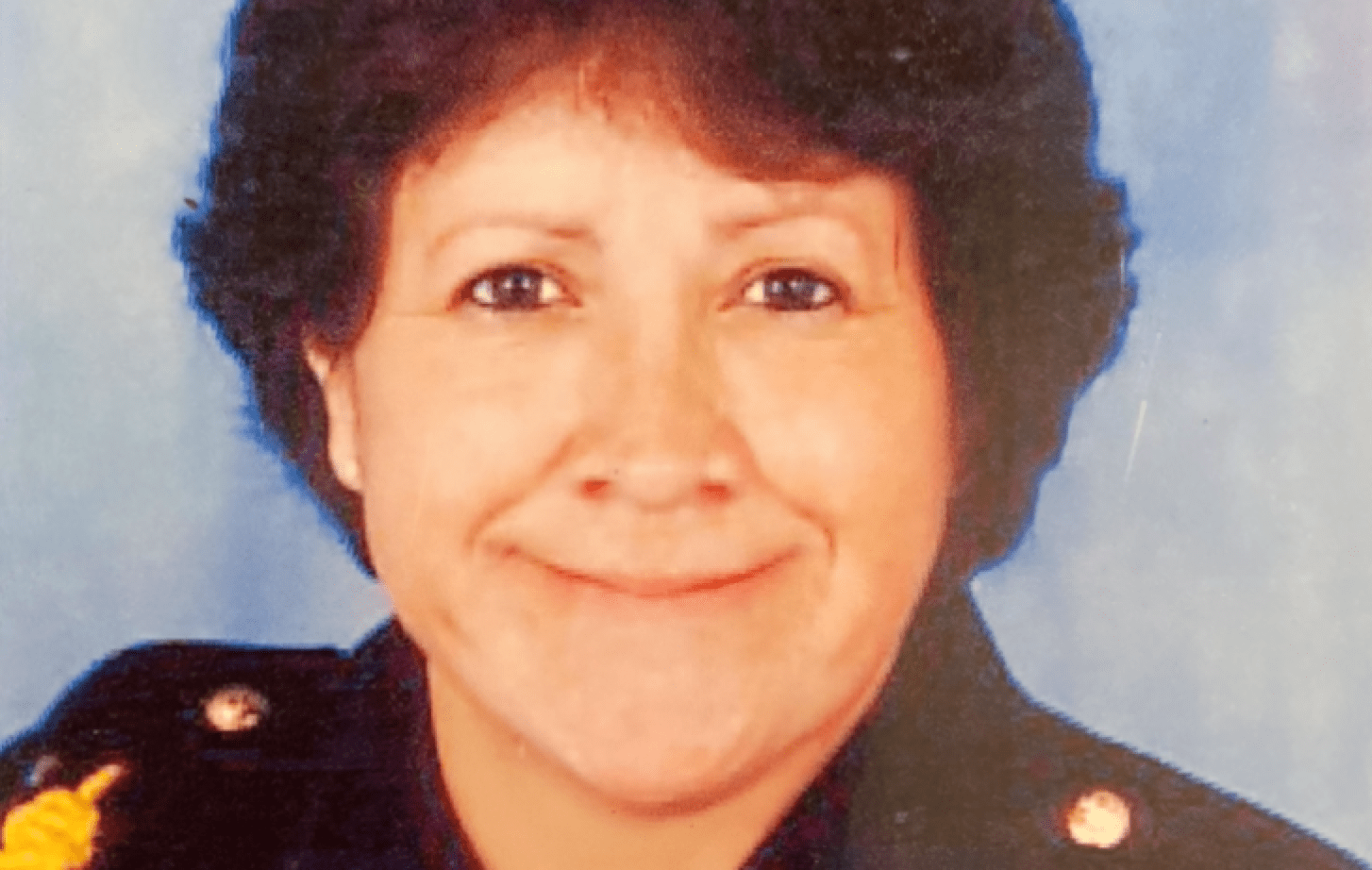 Dolores Delgado '84, who spent three decades in local law enforcement, was named the first recipient of the Mary Aguirre and Jerry Ruiz CIP Legacy Award for outstanding service during University of the Pacific’s Homecoming @ Home.

Dolores Delgado uses powerful words to express the importance of the Community Involvement Program at University of the Pacific.

“There are so many of us who survived in life because of CIP,” said Delgado ’84.

Delgado, who spent three decades in local law enforcement, was named the first recipient of the Mary Aguirre and Jerry Ruiz CIP Legacy Award for outstanding service during University of the Pacific’s Homecoming @ Home.

The Community Involvement Program is a comprehensive, needs-based scholarship and retention program for first-generation college students from Stockton who have demonstrated the potential for sustainable leadership, community awareness and involvement. It was started in 1969.

The formation of the Aguirre-Ruiz Award was announced at the CIP 50th anniversary celebration in 2019.

“I was so thrilled and stunned that it was hard to process when my name was announced,” Delgado said. “I regard this as the greatest recognition I have ever received. The legacy of the award is special to me because I went to school with Mary and Jerry.”

Delgado’s wife, Marilynn Kirchubel, was among those in on the secret of the award.

“They all got me on that one. It’s usually hard to put one over on me,” Delgado said with a laugh.

“Dolores is committed to serve in our community and is the first one to step up when a student or alumnus has a need or project they doing in the community,” said Allison Dumas, associate vice president for student involvement and equity. “She embodies the CIP “ism” by leading by example, focusing on what she can do and leaving each person and event better because of her involvement. I am honored to know her, work with her and call her my family.”

Delgado graduated with bachelor’s degrees in sociology (with an emphasis on criminal justice) and religious studies, noting “college would not have been an option for me without CIP.”

“One thing special about CIP was you saw people who looked like you,” Delgado said. “There were many times you did not even have to say anything. The people in the room just understood.”

Delgado started her career with the San Joaquin County Sheriff’s Dept. as a custodial officer

“My mind was blown in that job. I saw people I knew and grew up with in trouble for crimes, serving time or strung out on drugs, Delgado said. “It was eye opening.”

Delgado was consistently promoted, retired as a captain with the Sheriff’s Office and was contracted as police chief for the city of Lathrop from 2005-10.

Delgado continues to “pay it forward” for CIP.

“After retirement, I wanted to become more involved with CIP,” Delgado said. “I just melt into a puddle when I see the opportunity to help the students. I am especially proud that four of those I mentored went into law enforcement.”

Delgado has helped form and strengthen the CIP alumni network, currently serving as vice president, and also sits on many interview panels.

She is also known for stopping by unannounced in the CIP offices and study areas to drop off food. Because some students have food insecurities, Delgado and Kirchubel make monthly runs to Costco to pick up groceries for them.

“Most of our students are commuters and stay on campus all day with this being their only nourishment until they get home,” Dumas said. “She sees a need in our students and she fills it.

“Dolores doesn’t serve for recognition or attention. It’s who she is.”