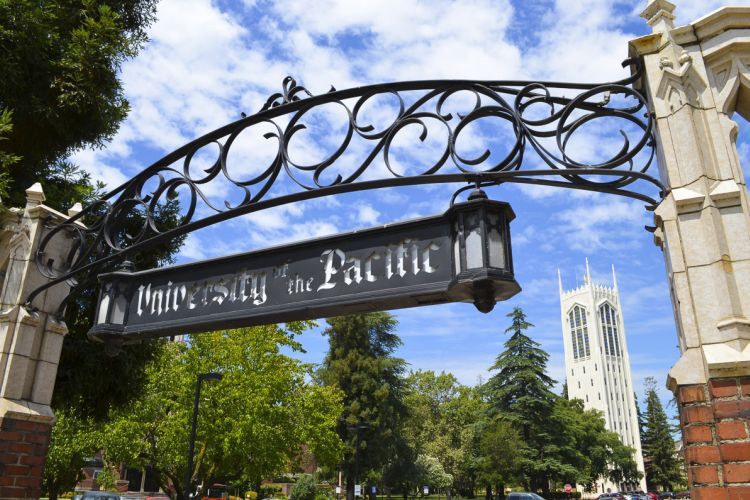 President Christopher Callahan’s goals to improve social justice and diversity and to make University of the Pacific a model anti-racist institution will take the efforts of all members of the university community.

Much of that work will be done in Pacific’s schools and colleges.

President Callahan directed each school and college to designate diversity, equity and inclusion (DEI) leads, joining the Arthur A. Dugoni School of Dentistry, McGeorge School of Law and the School of Engineering and Computer Science, which already had leaders in that role.

Here are some of the recent DEI successes in the university’s schools and colleges.

The Dugoni School has a long list of completed, in-progress and long-term DEI programs and initiatives. Affinity groups have been formed (such as the Hispanic Student Dental Association and an LGBTQ+ club). A survey on DEI and humanism was distributed and results are being compiled. Black History Month initiatives include a partnership with the School of Pharmacy's White Coat for Black Lives organization.

The school is developing partnerships with local branches of the NAACP, National Urban League and the Society for the Advancement of Chicanos/Hispanics and Native Americans in the Sciences, among other organizations. Also in development are a personal pronouns campaign and diversity week.

The School of Pharmacy has a key role in DEI efforts with Dean Rae Matsumoto serving as the chair of the search committee for the new VPDEI. Students, faculty and staff, meanwhile, are immersed in positive DEI efforts, Guerrero said. The school is incorporating DEI principles into course work, holding virtual Lunch and Learn sessions to explore social issues and has formed a departmental DEI committee.

In the works is an additional paragraph in the Pledge of Professionalism that students take during their White Coat Ceremony. The proposed text would read: “Advocate for a truly equitable healthcare system through identification and elimination of bias, standing against discrimination and learning social determinants to improve health care.”

The DEI audit of University Library’s collection officially began in January. Student interns were hired to assist in the analysis of the library collection and the art collection. Among the areas being sampled are: Humanities, Social Sciences, Music, STEM, Education, and Medicine. Also being examined are the author or editor’s identity, subject matter, and the publisher’s CEO or president’s identity. The goal: analyze about 4,000 titles and share updates about the findings.

Other departmental DEI work includes an audit of Scholarly Commons, which has dissertations, theses and many other publications, deeper analysis of John Muir’s life and works a book club on DEI topics (now paused during the audit process).

The working group consists of faculty, staff, adjunct instructors and administrators on the Stockton and Sacramento campuses, with the collaboration now opening up to students. Benerd held an Inclusive Culture Retreat on Feb. 19 that was facilitated by Allison Roland of Courageous Projects (she is an associate of Hallberg’s). There also is a book club with members reading DEI-related works.

“So far, it has worked quite well,” Hallberg said. “We are trying to not make it a performative group with the focus on events. The level of involvement and collaboration is very strong.”

The DEI work is wide spread among 18 departments working on initiatives, programs and opportunities. From chemistry to English to history, departments are examining DEI in curriculum, pedagogy and syllabi. College of the Pacific also is examining hiring practices. A town hall meeting for English majors focused on DEI issues.

College of the Pacific professors, with help from the Center for Teaching and Learning, had a seminar dialogue with the campus group Brave Black Voices. “There is a lot of work to do with 18 departments, but people are very excited about the efforts and so many are contributing,” Jensen said.

Eberhardt has created a Student Advisory Committee to focus on positive DEI outcomes for students. A “listening tour” will seek thoughts and concerns in the Eberhardt School about DEI-related issues. Eberhardt also is creating ways for students to know who to reach out to on DEI matters.

A series of dialogues titled “Courageous ESB” will focus on issues faced by people of color and others who are marginalized. Eberhardt also is working to form ongoing relationships with the local Black, Hispanic and Asian chambers of commerce. The school will change its senior survey to incorporate more DEI-related questions.

The school conducted a multi-campus survey and found that students, faculty and staff were in general agreement about areas on which to focus. “The survey has helped guide our work and has provided us with clear direction for diversity, equity and inclusion,” Musacchia said. The survey defined university DEI policies, community outreach and maintaining an open and supportive environment as priorities.

The school’s DEI five-member committee will embark on long-term goals including addressing systemic disparities for people of color and other marginalized groups in health care. Health Sciences also teams with the pharmacy and dental school to share DEI-related learning opportunities.

McGeorge held its Diversity Week from Feb. 1-5, with an array of speakers and activities. The week concluded with the Unity Caucus Summit, where McGeorge’s student affinity groups met to consider DEI issues. Included was discussion about racism targeting Asian-Americans during the COVID-19 pandemic and mental health disparities for Black students.

McGeorge plans an anti-bias and allyship program that will include lawyer/comedian Irma Herrera, a former civil rights attorney. Her DEI-themed show is titled “Why would I mispronounce my own name?”

SOECS has multiple diverse student organizations that continue to be active on DEI issues and opportunities. The Society of Women Engineers (SWE), Society of Hispanic Professional Engineers (SHPE) and National Society of Black Engineers (NESBY) have been collaborating on events and initiatives, Lopez said. A Stepping into Business panel discussion, which included two Pacific graduates, was held recently in conjunction with Black History Month.

On March 4, SOECS will hold its second DEI in STEM event, which will include former NASA astronaut Jose Hernandez ’84. The school continues to enhance its pipeline to junior colleges and high schools with an eye on opportunities for diverse students.

After three high-impact presentations during the fall semester, the conservatory will continue with Dr. Philip Ewell’s series on “Confronting Racism and Sexism in the Music Academy.” This semester, his talks will focus on LBGTQIA discrimination, anti-Semitism, and our paths forward.

The Conservatory’s DEI efforts include three Black Lives Matter support concerts. The Conservatory also is working with University Libraries on to audit and chronicle music scores over the years.

The Graduate School’s admissions team has moved into Enrollment Management. DEI activities continue to be strong in the new set up, Nash said. The team read the book “How to Be An Anti-Racist) by Ibram X. Kendi and has met weekly to discuss topics raised and create a work environment that follows the book’s tenets.

A new Graduate Student Ambassador Program was implemented to have diverse students involved intricately in the recruitment of students. There are 22 students who signed up for the program. Nash said recruiting practices were analyzed with an emphasis on getting and hiring more candidates of color. 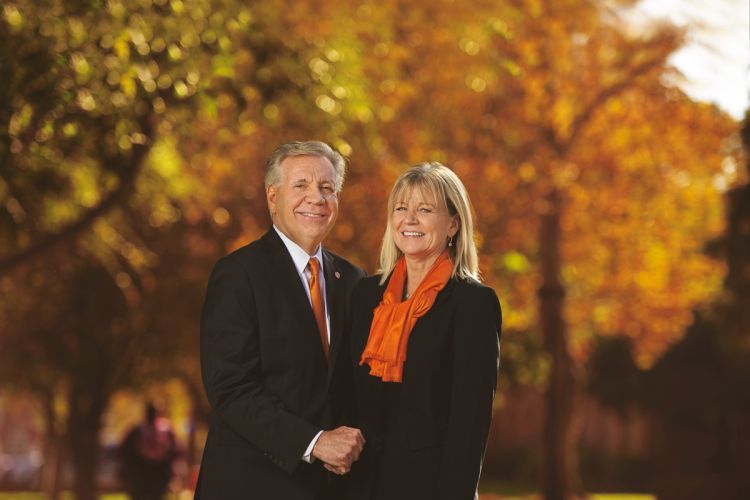 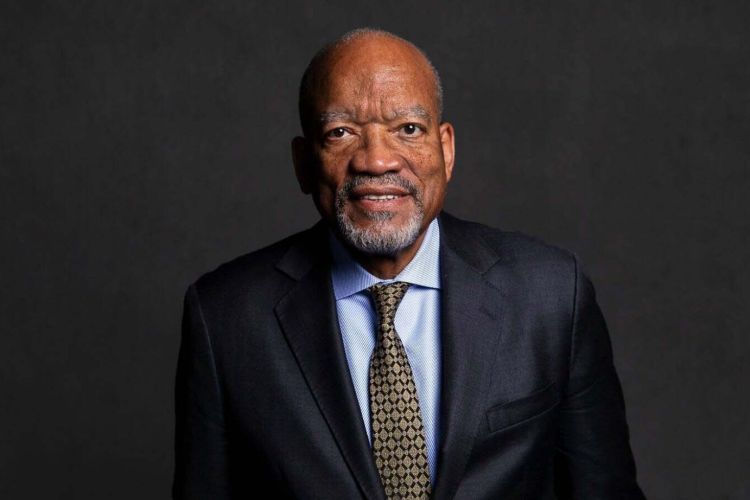 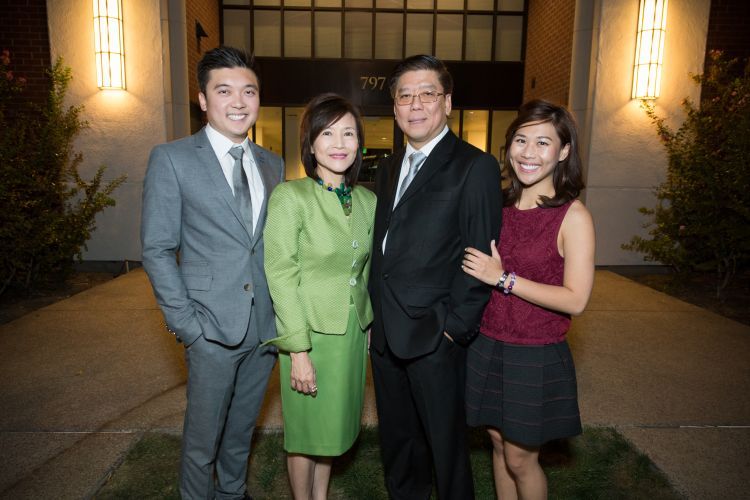