Exonerated 5 members empower others through grace 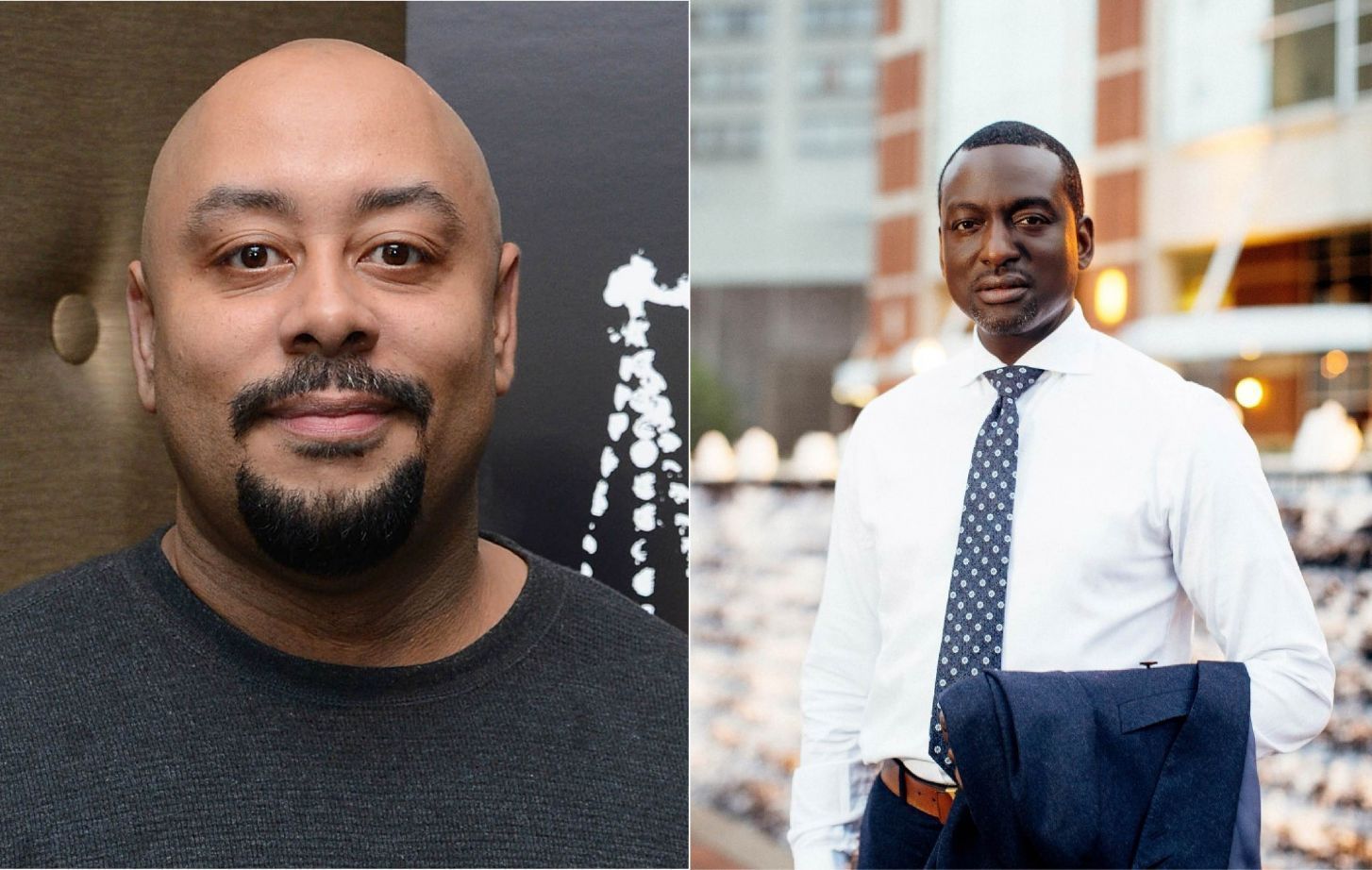 Yusef Salaam (right) and Raymond Santana (left) were among five teenage boys, who were tried, convicted and later exonerated of a crime that rocked New York City and the nation in 1989

Racial justice icons Yusef Salaam and Raymond Santana – two of the Exonerated 5 – were the Black History Month keynote speakers on Feb. 17 for a two-hour session that left many University of the Pacific community attendees moved by their tragic but inspirational story.

Salaam and Santana were two of five teenagers wrongfully arrested and convicted of the rape of a young jogger on April 19, 1989 in New York City’s Central Park. The convictions were overturned 13 years later, on Dec. 19, 2002.

Despite having their lives ripped apart by actions by police and prosecutors, Salaam and Santana share positive messages of empowerment and hope in a graceful manner. Their virtual dialogue left many Pacificans in awe.

Tracy Simmons, senior assistant dean for admissions and financial aid for McGeorge School of Law, shed occasional tears as she moderated the dialogue. Simmons later said she was mesmerized by the graceful words spoken by two men whose lives were shattered as teenagers.

Semaj Martin ’22 beamed with pride for her university and her home town of Stockton that such a powerful racial justice dialogue would draw so many people in rapt attention. Martin was a co-chair of the event.

Pacific Technology’s Randall Ogans, the other co-chair, was grateful that the “timing was right, for where we are as a nation” for two members of the Exonerated 5 to speak during Pacific’s Black History Month programming.

Salaam said the wrongly accused and convicted men are committed to advocating and educating people about disparities in the American criminal justice system, and issuing calls to action.

“The dialogue was inspiring in so many ways. I feel so moved when I think about the grace and humility they share,” Simmons said. “I was somewhat nervous as moderator because I wanted to be respectful to their message. To take part in this was an honor.”

“The dialogue left me grateful for their words and for their journey. I experienced so many emotions in listening to them,” added Martin. “I was particularly pleased that our law students could be part of the evening. How powerful this must have been for them.”

‘The truth cannot be buried’

The investigation of the arrests and convictions raised questions regarding police coercion and false confessions, as well as the vulnerability of juveniles during interrogations.

“The police who were interrogating us were 20-year veterans and knew what they were doing,” Santana said. “People ask ‘why did you confess to something you didn’t do?’ But the pressure is intense when you are a 14-year-old. You feel helpless and there is nowhere to turn.”

Salaam said the case is a story of “a criminal system of injustice turned on its side and toppled and placed on trial in order to produce a miracle in modern times. It’s a story of how people can be brought low only to rise because the truth cannot be buried.”

The other Exonerated 5 members are Korey Wise, Kevin Richardson and Antron McCray.

The Exonerated 5 have never received an apology from the people involved in the arrest and legal proceedings, Santana said.

Ongoing commitment to the future

Grace is a word used frequently to describe the Exonerated 5, who seemingly have every right to be angry. But they see a purpose and opportunity in telling their story and empowering others.

“I’m riding on Cloud 9. I’m inspired and excited about what the possibilities hold moving into the future,” Salaam said. “Everything is a struggle, but life hit us with some one-two punches that we were able to overcome. To be influential and to have voices in the conversation to effect change is a powerful thing.”

“We are true examples of overcoming obstacles and not giving up,” Santana said. “You can fight against the system and be victorious. We were at one time the most hated five people, and to see where our lives have come since 1989 is a blessing.”

Members of the Exonerated 5 have taken part in hundreds of dialogues and given many speeches. And they do not waste words. The virtual conversation for Pacificans was packed with messages of hope, not anger.

“They came out of this better, not bitter,” Ogans said.