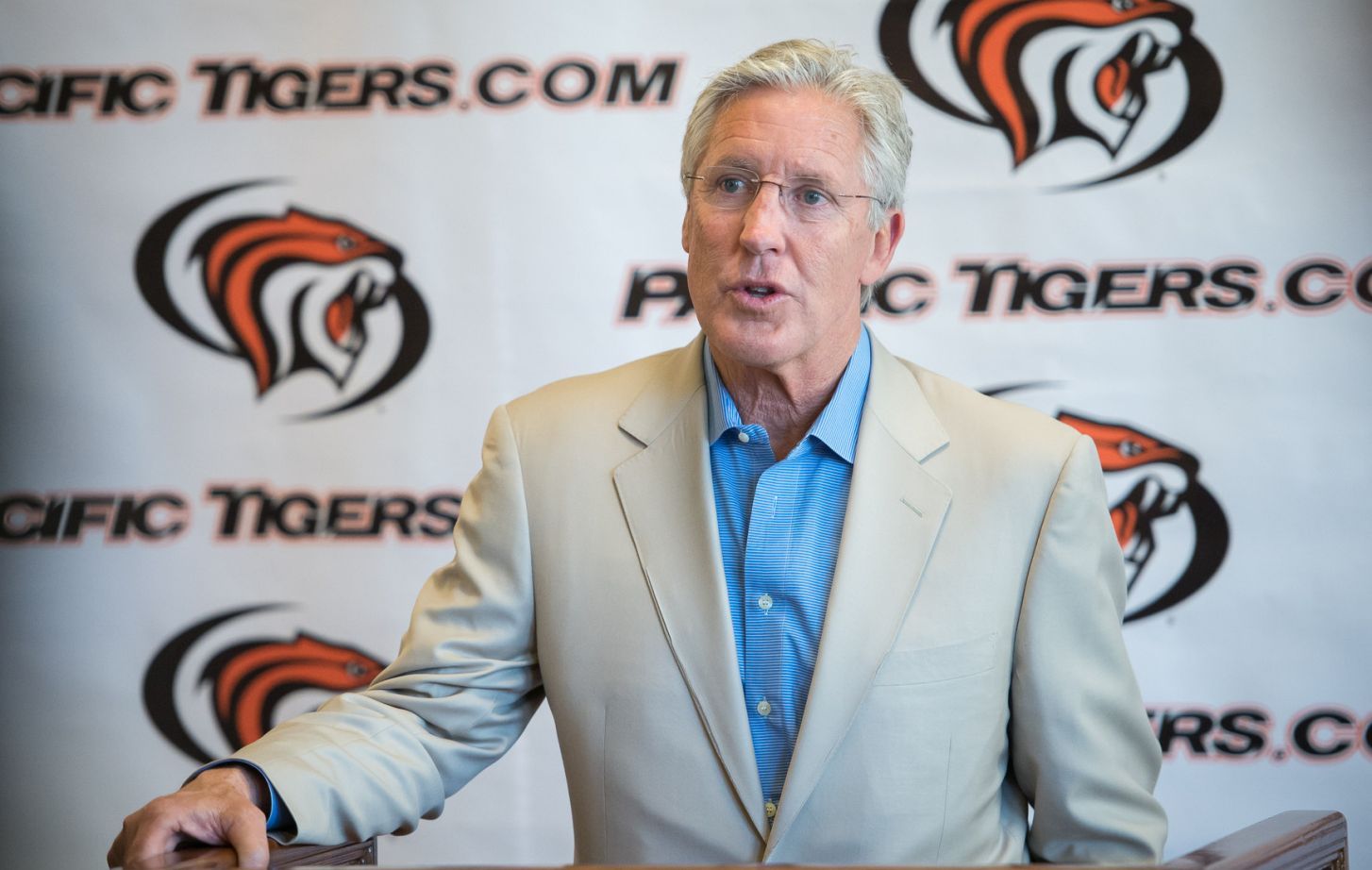 Pete Carroll ’73, ’78 will receive his honorary degree from Pacific at Commencement in May 2022.

Seattle Seahawks Head Coach and Super Bowl Champion Pete Carroll, who began his career in football at University of the Pacific in the 1970s, will receive an honorary doctoral degree, one of the highest honors the university can bestow.

“I am honored to receive an honorary degree from University of the Pacific, a place that is certainly special to me,” Carroll said. “My time at the university changed my life and has been invaluable. It is where I met my wife, Glena, and began my coaching career. Pacific will always hold a special place in my heart.”

Glena Carroll ’77 was the first woman student-athlete at Pacific to receive an athletic scholarship. She played volleyball for the Tigers.

Carroll’s energetic and positive personality impressed the Pacific coaching staff and he was offered a graduate assistant position following his undergraduate playing days. He went on to earn a secondary teaching credential and master’s degree in physical education in 1978, while serving as a graduate assistant for three years working with the wide receivers and defensive backs.

“It was during my graduate courses when the light turned on,” Carroll said. “The classes I took were life-changing. I owe so much to (professors) Glen Albaugh and Larry Meredith, who helped me awaken to what was going on in sports. And my philosophy has grown from that time.”

He then moved to the NFL, where he would eventually become head coach of the New York Jets and New England Patriots before returning to college football as head coach at USC.

“Pete is an exemplary role model for Pacific’s students. He has proved himself to be one of the premier coaches of his generation and also a leading voice nationally on racial and social justice issues facing our country,” said Pacific President Christopher Callahan. “His success is inspirational to our students and our community, and we are honored to present him with this honorary degree.”

“We cannot miss this opportunity. We cannot go through another cycle where we don’t take the action needed,” Carroll said. “I don’t know how we could live with it if we don’t respond now.”

Carroll will receive his honorary degree at the 2022 Commencement on Saturday, May 14. The honor was approved by the University Awards committee, Academic Council and the Board of Regents. 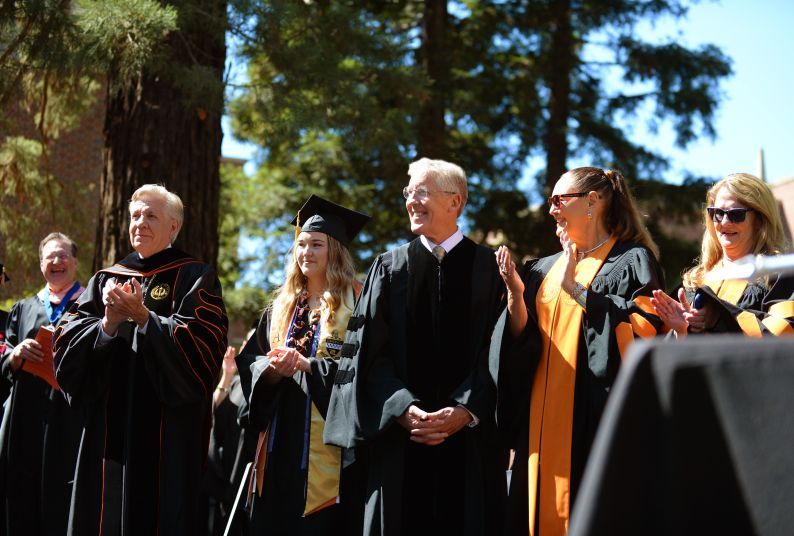