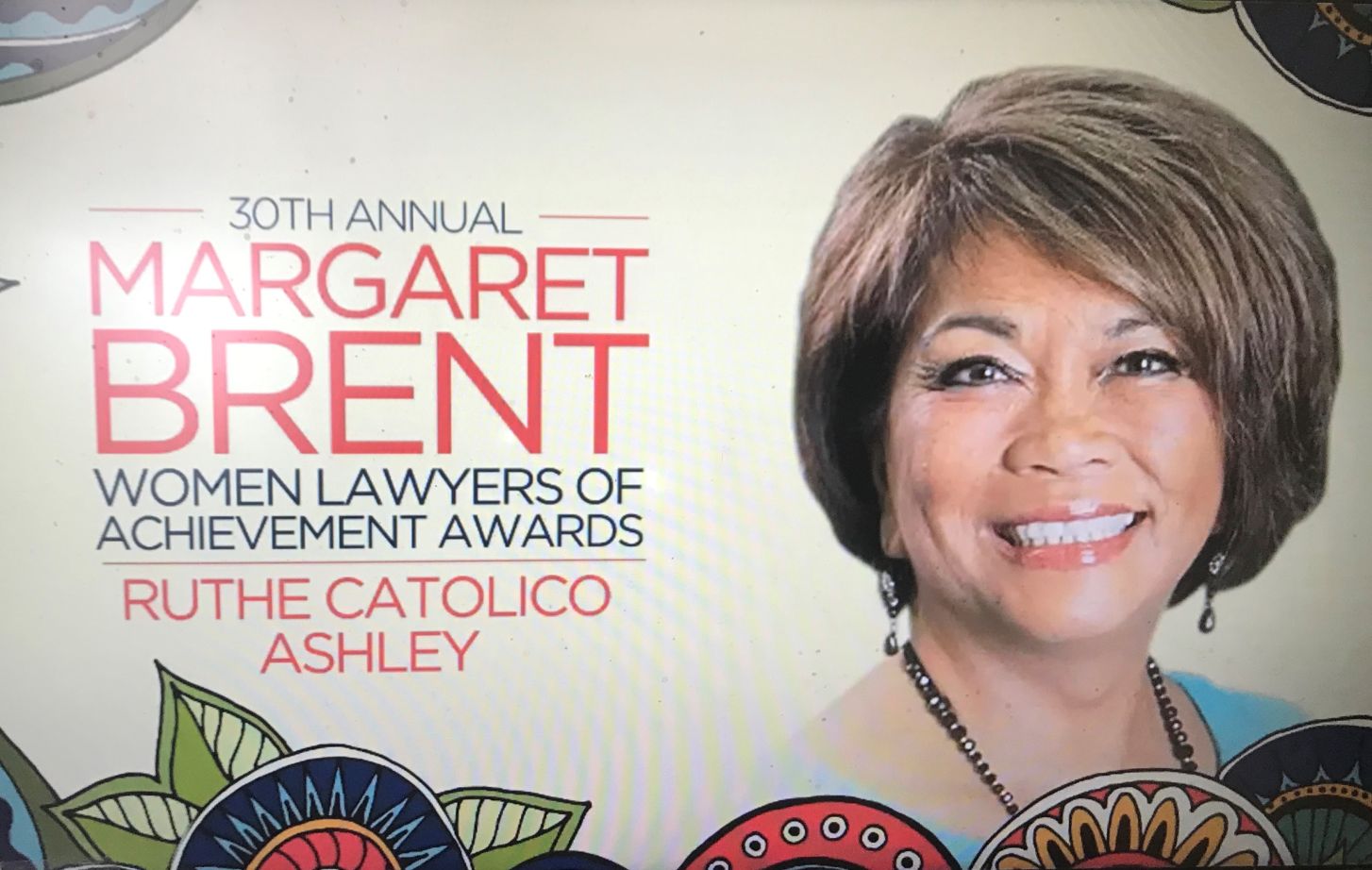 Ruthe Catolico Ashley '88 still clearly remembers the first time she watched The Cosby Show. She was experiencing a self-proclaimed “mid-life crisis” and was at a crossroads in her career as a nurse. She knew it was time to either get a doctorate in nursing or it was time to find a new profession.

"My two children wanted me to watch the show because they said I would 'love' Claire Huxtable," remembered Ashley.  "In one of the scenes Claire was in the bedroom talking to Dr. Huxtable about a case she had in court and I was hooked. Here was a woman of color, who looked like she had just walked off the front page of Vogue Magazine, sounded like she had a PhD in child psychology, was smart, a great mother and a lawyer. By the end of the episode, I had decided to go to law school.”

Three years later, on her 41st birthday, Ashley graduated from University of the Pacific's McGeorge School of Law and has since devoted herself to diversifying California’s legal profession. Ashley currently is the executive director emeritus at California LAW in Sacramento, where she is helping create a pipeline of students from high schools, community colleges, undergraduate institutions and law schools into law or law-related careers.

"When the legal profession reflects the population that it serves, there is more trust in the justice system, which increases equal access to justice," explained Ashley. "As a nation that lives under the rule of law, the law applies equally yet America still struggles with that concept. The more diverse the profession, the more its citizens can move toward that ideal."

"It was very humbling to be in the company of others who have gone before me and I feel like I’m the beneficiary of the magnificent women lawyers who paved the way for me and so many others," said Ashley. "My mission has been to diversify the legal profession through the educational pipeline and receiving this award sheds more light on this important work."

Growing up as the daughter of Filipino immigrants, Ashley never envisioned becoming a lawyer, let alone receiving the Margaret Brent Award for work that is her passion and mission.

"Before attending McGeorge, I did all the things that women of my age were supposed to do having worked as a secretary, nurse, teacher and interior designer," reflected Ashley. "But, in one generation after my parents came to America, I became an award-winning lawyer and that truly is the American dream."