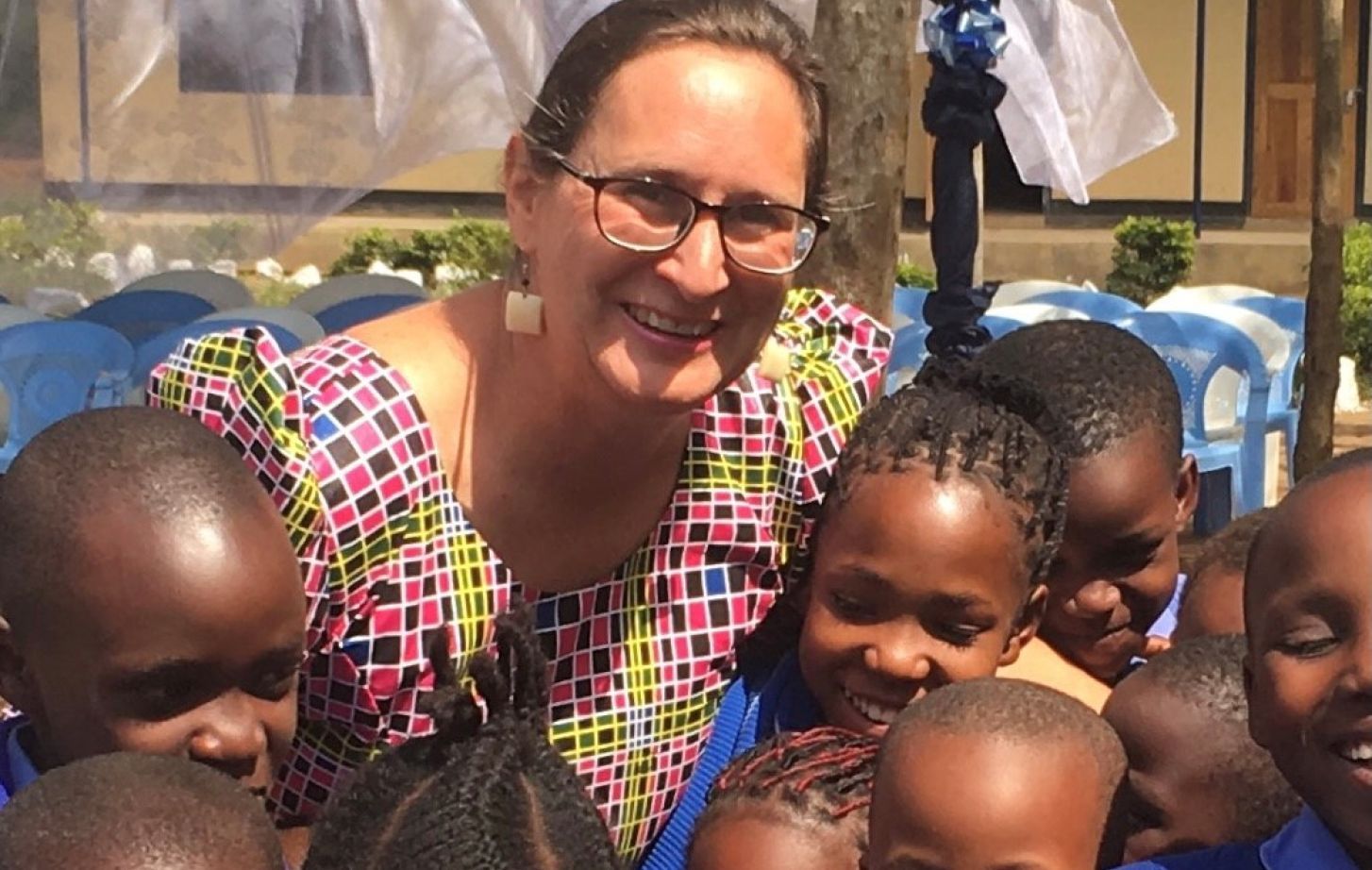 Margaret Andersen, ’89 has spent 30 years as a missionary and educator in Tanzania

Girls in a tiny Tanzanian village are riding new, pink bicycles to their distant school thanks to a dentist, a missionary educator and a retired civil engineer. All three of those caring people are University of the Pacific graduates.

The girls attend Ndevelwa Secondary School, which serves multiple villages in the east African nation of Tanzania. They previously had to start walking at 6 a.m. to reach their school by the 8 a.m. starting time. Boys, on the other hand, had access to bicycles.

But late in 2020, the village took delivery of 53 bicycles – bright pink bicycles – and the girls now are able to ride those to school each day.

“It is very moving and rewarding to think that we, from a small university such as Pacific, could make such a difference in the lives of African children,” said Elizabeth Demichelis ’87, a Modesto dentist, who led development of the project. “And it also is just amazing the way all of this came together.”

Margaret Andersen, ’89, who was an Alpha Chi Omega sorority sister of Demichelis at Pacific, has spent 30 years as a missionary and educator in Tanzania. She is moved by the success of what she calls, “The Pink Bike Project.”

“The project was overwhelmingly well received. In fact, it was launched with an all-school assembly with parents and community leaders present, and two journalists filmed the event for television,” Andersen said. “The teachers are very pleased because now the girls will not be late in arriving to school, and the students will have more study time in the afternoons since they will arrive home significantly earlier.”

Peter Anderson ’83, meanwhile, played a match-making role in the effort. After a chance meeting with Demichelis on the Stockton campus, Anderson helped find contacts to help coordinate delivery of the bicycles and support for villagers.

“I am pleased that I could do a very small part to help in their important work,” he said. 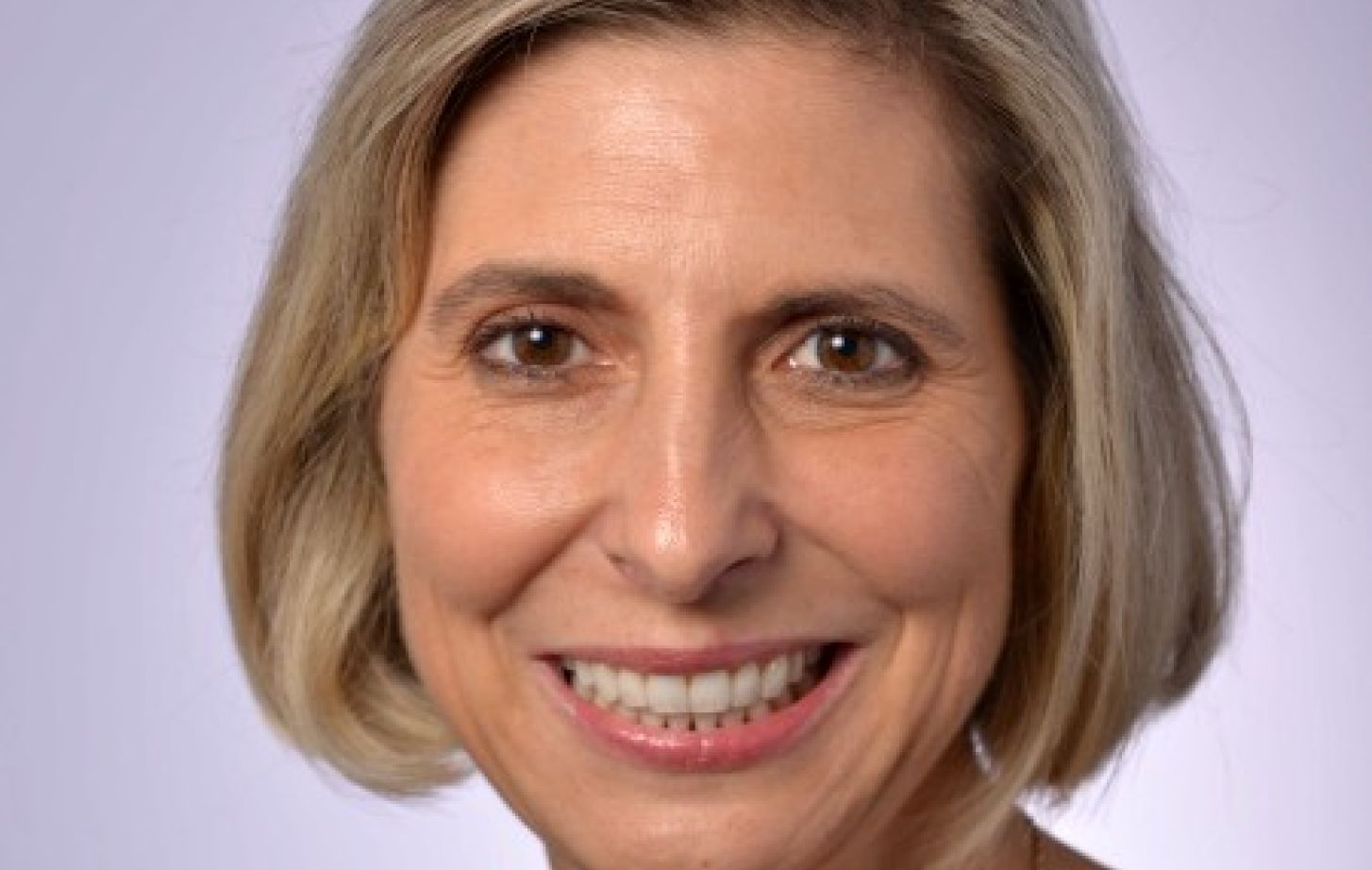 How the project was formed

Demichelis was president of the Modesto Sunrise Rotary Club in 2019, and she made a trip to Hamburg, Germany, for the Rotary International Convention. While there, she was moved by an exhibit on the plight of pre-puberty girls in poor countries. She reached out to Andersen, her friend from their days at Pacific, to get her thoughts on potential projects.

“Elizabeth reached out to me in June 2019 because of her concern after hearing that girls in Africa miss school several days a month because they don’t have feminine hygiene pads,” Andersen said. “This has been a culturally taboo topic and, with a lack of basic resources at schools, this has forced girls to spend those days at home.”

“As I messaged with Elizabeth, what I noted was another local concern that students must walk long distances to schools, even 7-8 miles per day, unless they have bikes. A village leader explained that often girls are the ones without the bicycles and, if they receive a ride from the classmates who do have bicycles, they may then owe sexual favors to them.”

Their further discussion centered on cutting down the commute time and taking away the risk for girls to journey to school. And this led to the “Pink Bike Project.”

There was immediate buy-in from village leaders, who had seen the issue and were happy that it could be addressed.

But how would the project organizers get more than four dozen bicycles to Tanzania, and hook up with project partners in the country?

Demichelis admits she almost gave up hope that she would find the right connections. But that changed when she attended a mixer in Janssen-Lagorio Gymnasium before a Pacific basketball game. She overheard someone talking about his Rotary club. It was Peter Anderson, a Pacific engineering graduate and president of the Rotary Club of West Sacramento.

“I went over and introduced myself and we talked about our clubs and various projects,” said, Demichelis, who earned her undergraduate degree in biological sciences at Pacific and graduated from dental school at Marquette University. “I took a shot and asked him ‘you don’t happen to have any Rotary contacts in Tanzania, do you?’ He said that he might be able to help and that he would get back to me.”

Everything started to line up. Anderson’s club in West Sacramento has a member, Cecil Padilla, who he calls “Mr. Rotary International” because Padilla knows so much about Rotary projects around the world. Padilla, in turn, knew of Mount Shasta Rotary Club member Donna Boyd, who at the time was in Tanzania working on a water project.

Boyd had worked for years with the Rotary Club of Arusha, Tanzania – a city of 400,000 that serves as a gateway to Mount Kilimanjaro. That Rotary club is comprised of avid cyclists.

“I am saying it was fate or luck but, honestly, I prayed a lot,” Demichelis said. “It is just amazing how all of the pieces came together.”

The Modesto club provided seed money and the project grew from there. The pink bicycles were purchased from China and delivered to the village in Tanzania.

“The project is just so positive, and it’s great that there are both Pacific and Rotary ties,” Anderson said. “There is a great tradition. Two people from University of the Pacific (former Pacific president Stanley McCaffrey 1981-82 and Cliff Dochterman 1992-93) have served as Rotary International presidents. These types of international service projects are so important." 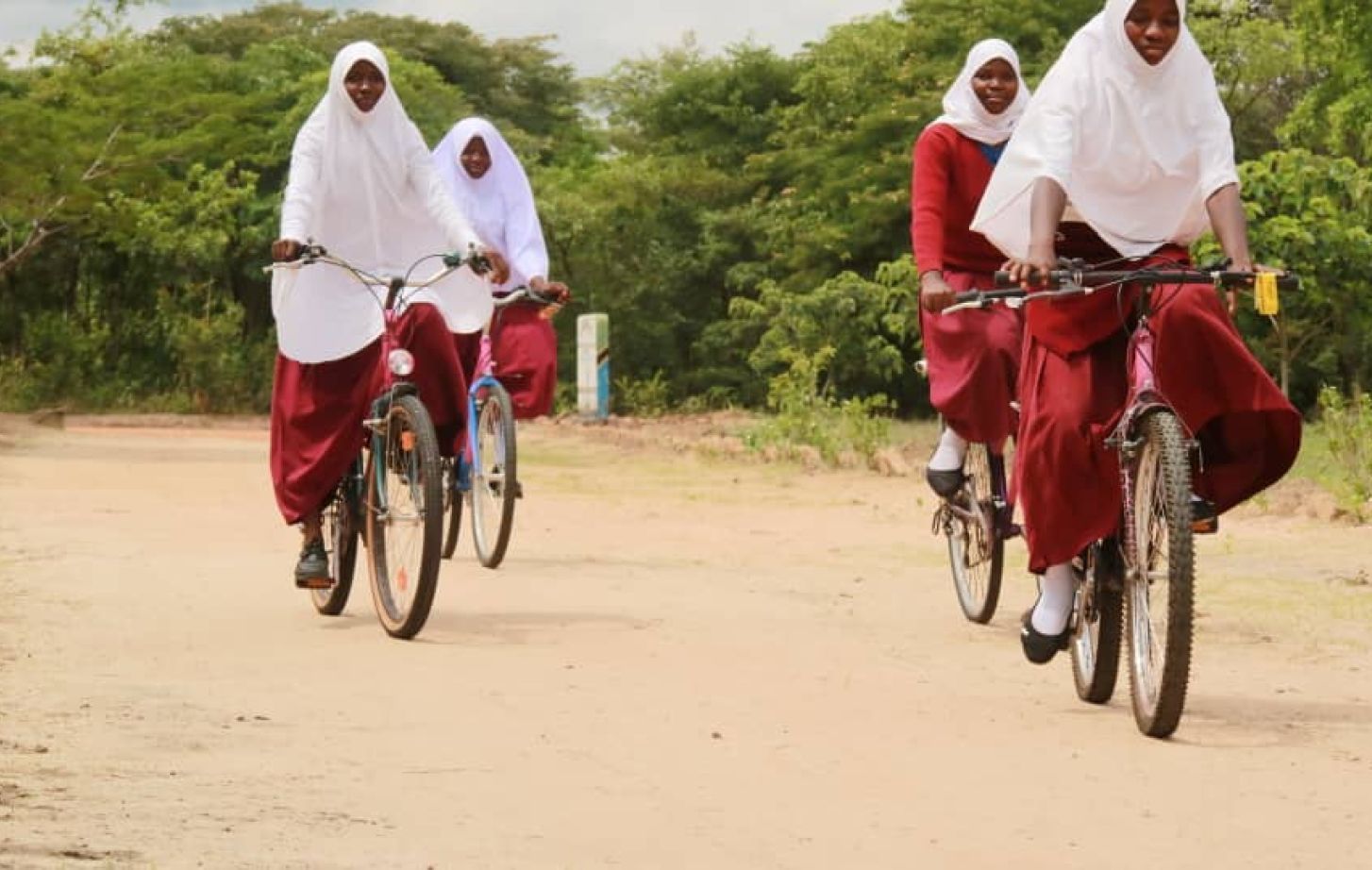 Appreciation for a life-changing gift

Andersen described a moving scene on the day the bicycles were delivered to ecstatic Tanzanian girls.

She told Demichelis that gifts from the United States are looked upon with reverence and respect. All involved hope to continue and grow the program, since the need remains immense.

“Besides the girls who didn’t receive bikes who are already in school, the incoming freshman students have already been asking if there will be more bikes coming,” Andersen said. “If there are, we are sure to find some very happy smiles on girls who are further empowered to pedal towards a brighter future!”

The project is a highlight in the three-decade missionary work by Andersen, who earned her degree in liberal studies from Pacific.

“While at UOP, I grew in my faith as a Christian, and I was involved in several on-campus Christian fellowships, which included learning about overseas mission opportunities,” said Andersen, who is married to Andrew Andersen (they have three children). “My junior year, I attended Inter-Varsity’s URBANA missions conference in 1987, and I interviewed at a number of mission agency tables. God directed my steps to Africa.”