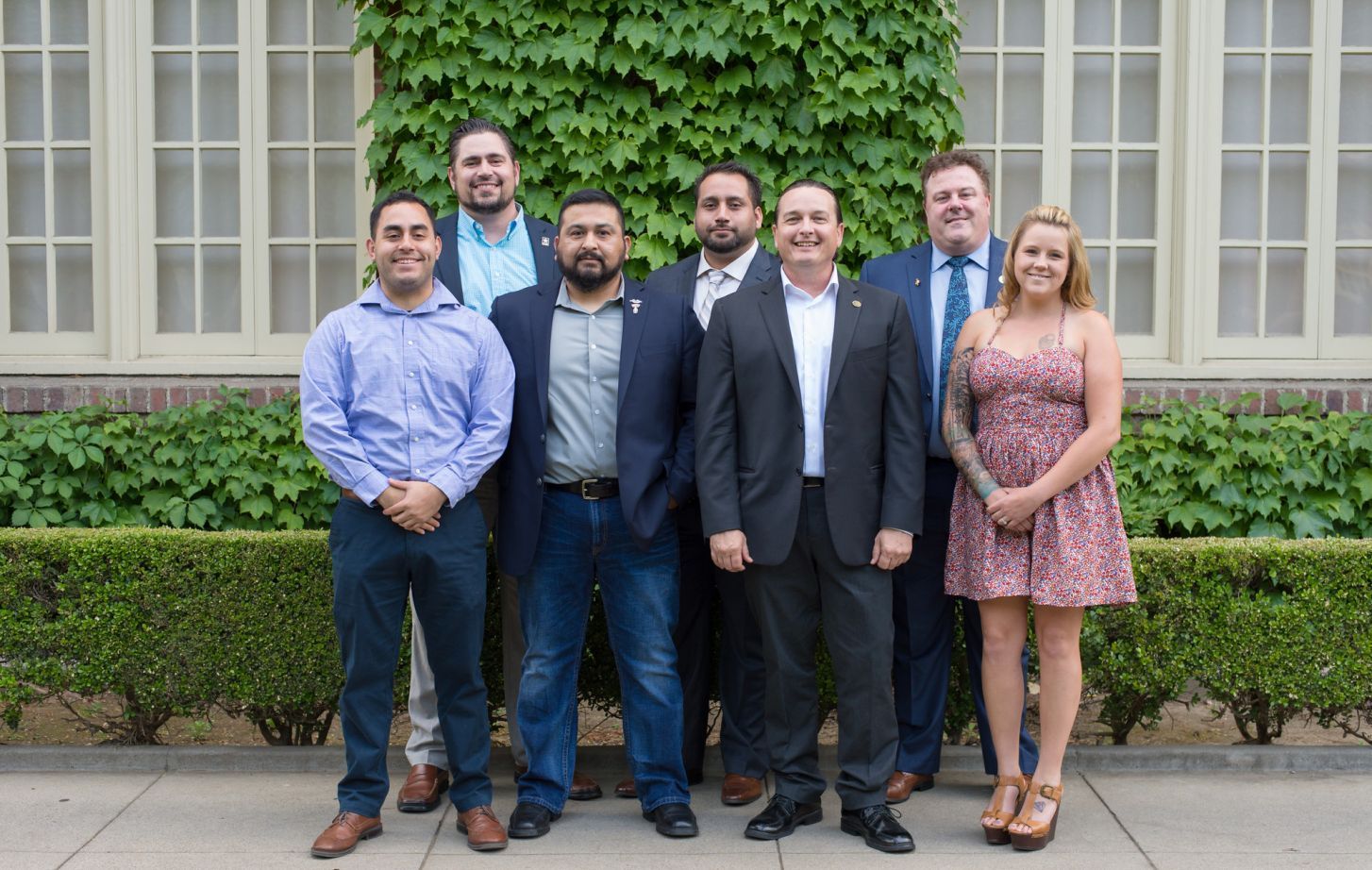 Thanks to a generous donation, University of the Pacific student veterans will soon have a newly renovated home on the Stockton campus.

Pacific’s Military and Veterans Student Center, known as Anderson House, is located across Pacific Avenue from campus on Knoles Way. The center is dedicated to providing programs and services in support of the academic and personal success of our active duty, reserve, military-affiliated, and veteran students.

Renovations to the Military and Veterans Student Center will include, but are not limited to, a student veteran lounge, multi-use rooms that will provide space for student veteran organizations, ADA-compliant access throughout the house and an updated kitchen. Student veterans have also been consulted for the renovation, providing input on paint color and other design elements.

The upgrades were made possible by a generous donation from Pacific supporters John and June Rogers. John Rogers, who is president of the Mary Stuart Rogers Foundation in Modesto, is a retired Air Force Colonel who served 26 years as a pilot.

"In the service you learn to look after each other and put others before yourself and that’s a philosophy I live by," said John Rogers. "These students deserve to have a dedicated place that supports their intellectual and personal growth and allows them to connect with each other. I can’t think of a more worthy cause."

In addition to the Military and Veterans Student Center, the Rogers have supported Pacific’s library renovation efforts and created an endowed scholarship for students who aspire to be teachers.

"These renovations are a way for our Pacific community to acknowledge the sacrifice these students have made for our country," said Scott Biedermann, senior associate vice president of development and alumni relations. "Veteran students are an integral part of Pacific, and we appreciate the support of John and June Rogers for making this possible."

Pacific's Military and Veteran Student Center is directed by Stan Rapada, who served 32 years with the military in the Army, Air Force and Navy. Prior to his time at Pacific, Rapada worked at San Joaquin Delta College, where he established the Veteran Resource Center on their campus.

"Our goal is to provide our student veterans a sanctuary where their culture can be maintained," explained Rapada. "We want to provide them with the necessary tools as they make the transition from the military to being a member of society."

Rapada is also a student at Pacific and is currently a double major, studying English and Media X. A passionate storyteller, he is honing his skills in film and photography. He often draws inspiration from his past work as a humanitarian and photographer in Iraq and Syria. Rapada followed U.S. Marines, as they supported projects to improve the lives of refugees in that area. His work covering the U.S. Marines resulted in the documentary “The Longest Road.”

"I always wanted to get my degree and learn about the arts, but I never had the opportunity," said Rapada. "Attending Pacific was a dream of mine, now I get to do it and study what I'm passionate about."

Pacific, which is ranked No. 93 in the nation for “Best Colleges for Veterans” by U.S. News and World Report for 2021, has a long history of supporting veterans on campus.

Following World War II, powered by the "GI Bill," Pacific was flooded with student veterans returning from war and ready to get their degrees. About half of undergraduates on-campus were veterans. The university purchased ten "Quonset huts", which were known as "The Tube", to house all of the new male veterans on campus, which remained until 1979.

“Pacific helped to lay the foundation of my career and set me on a path to success. The purpose of this scholarship is to provide those same opportunities to America’s brave men and women,” said Dashti. “My company is proud to work with the Department of Defense as the U.S. military’s logistics provider in the Middle East. The KGL Veterans Endowed Scholarship is an extension of our commitment to support U.S. troops by providing veterans in pursuit of a high-quality education the resources needed to be successful.”

Though separated by generations, these alumni share in Pacific's guiding principles of service to others and a commitment to provide a welcoming community, to support the success of our student veterans.

Renovations for Pacific's Military and Veterans Student Center is set to begin soon with hopes to open for student veterans this fall.