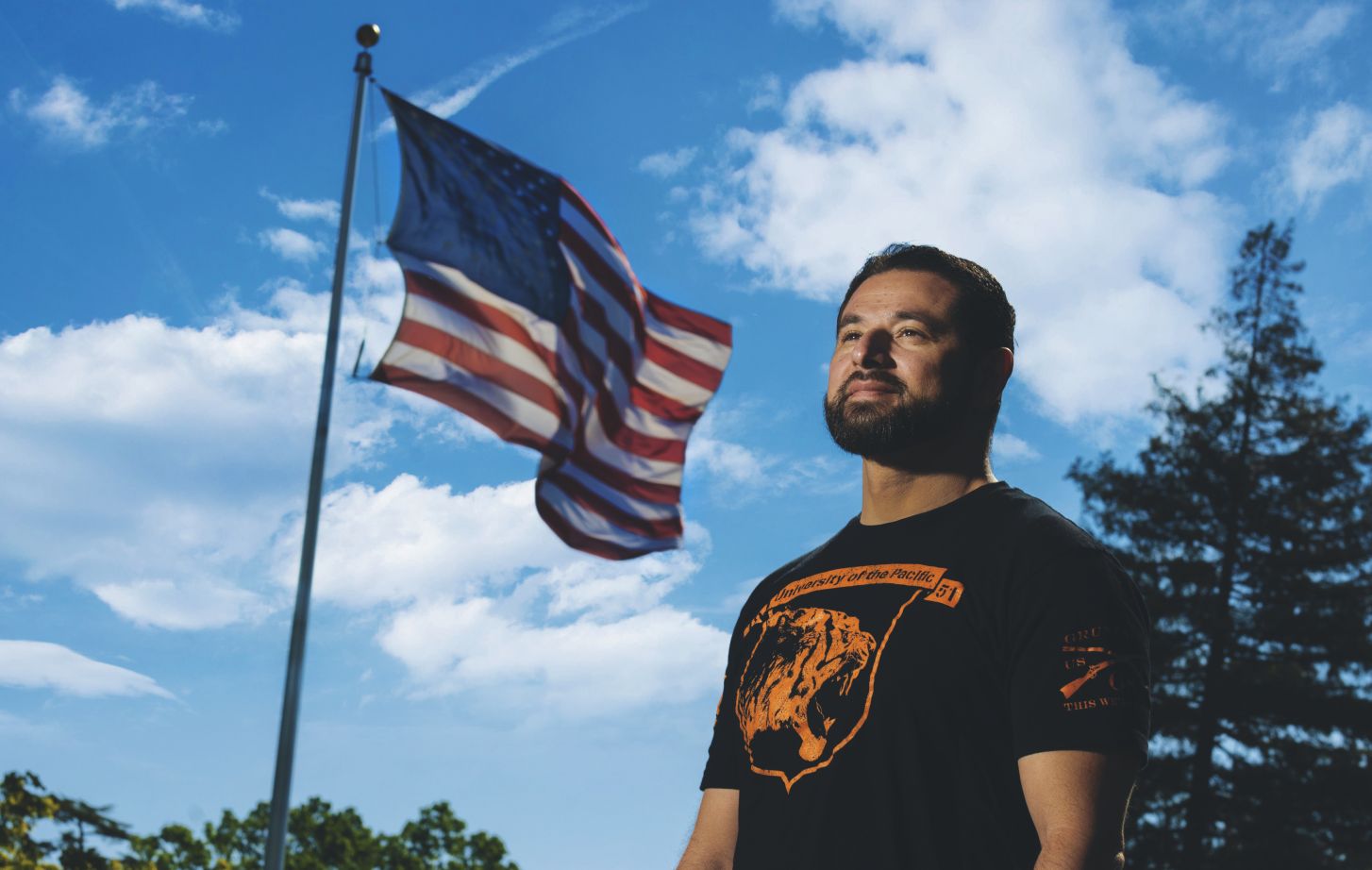 Long recognized as a leader in supporting veteran students, University of the Pacific has again strengthened its commitment to those who serve with the expansion of its Yellow Ribbon Program.

Beginning this academic year, Pacific will offer an unlimited number of slots for veterans who enroll as undergraduates under the Yellow Ribbon Program and has expanded the amount of spaces for graduate students. The program allows colleges and universities to enter into an agreement with the Department of Veterans Affairs to contribute funds to a veteran’s unmet tuition and fees when these expenses exceed the highest public in-state undergraduate tuition rate. Through the program, all financial aid the university provides is fully matched by the Department of Veterans Affairs.

“We are thrilled to increase our Yellow Ribbon funding for veteran students and provide comprehensive services to students who often face challenges in acclimating to an educational setting,” said Pacific President Christopher Callahan. “This program further underscores Pacific's commitment to enhancing its status as a veteran-friendly institution and recognizes the contributions of those who have served our nation so courageously.”

Pacific has participated in the Yellow Ribbon Program since 2010 and currently 43 veteran students enrolled at the university receive benefits through the program.

“Military veteran students enrich our academic community with their diverse experience and strength of character,” said Maria Pallavicini, Pacific provost. “With the enhancement of this program, we are pleased to be able to provide additional resources to those who serve or have served our country.”

Pacific, which is ranked in the top 100 for “Best Colleges for Veterans” by U.S. News & World Report, has a long history of supporting veterans on campus. During World War I, Pacific was more of a military base than a college. The university participated in the new Student Army Training Corps program, known as the “Safe at their College” program, where colleges were run as full-time army training camps. By fall 1918, more than 100 students at Pacific were participating.

During World War II, many Pacific students enlisted in the military and after the war, powered by the "GI Bill," Pacific was flooded with student veterans ready to get their degrees. About half of undergraduate students on campus were veterans.

The university purchased ten “Quonset huts,” which were known as “The Tube,” to house all of the new male veterans on campus, which remained until 1979.

“Pacific helped to lay the foundation of my career and set me on a path to success. The purpose of this scholarship is to provide those same opportunities to America’s brave men and women,” said Dashti, chairman and CEO of KGL Holding. “My company is proud to work with the Department of Defense as the U.S. military’s logistics provider in the Middle East. The KGL Veterans Endowed Scholarship is an extension of our commitment to support U.S. troops by providing veterans in pursuit of a high-quality education the resources needed to be successful.”

Marco Gonzales, who served eight years in the Army, was the recipient of the KGL Veterans Endowed Scholarship recipient this past year and credits the scholarship for allowing him to continue his studies and graduate.

“At Pacific, there’s a lot of support. I needed a lot of assistance navigating through school—if not, I probably wouldn’t have made it,” explained Gonzales.

Pacific is also in the process of updating its Military and Veterans Student Center, known as Anderson House. Located across Pacific Avenue from campus on Knoles Way, the center is dedicated to providing programs and services in support of the academic and personal success of active duty, reserve, military-affiliated and veteran students.

Renovations include a student veteran lounge, multi-use rooms that will provide space for student veteran organizations, ADA-compliant access throughout the house and an updated kitchen. Student veterans have also been consulted for the renovation, providing input on design elements.

The upgrades were made possible by a generous donation from Pacific supporters John and June Rogers. John Rogers, who is president of the Mary Stuart Rogers Foundation in Modesto, is a retired Air Force Colonel who served 26 years as a pilot.

“In the service you learn to look after each other and put others before yourself and that’s a philosophy I live by,” said John Rogers. “These students deserve to have a dedicated place that supports their intellectual and personal growth and allows them to connect with each other. I can’t think of a more worthy cause.”

In addition to the Military and Veterans Student Center, the Rogers have supported Pacific’s library renovation and created an endowed scholarship for students who aspire to be teachers.

“These renovations are a way for our Pacific community to acknowledge the sacrifice these students have made for our country,” said Scott Biedermann, senior associate vice president of development and alumni relations. “Veteran students are an integral part of Pacific, and we appreciate the support of John and June Rogers for making this possible.”