Reimagining of an iconic landmark 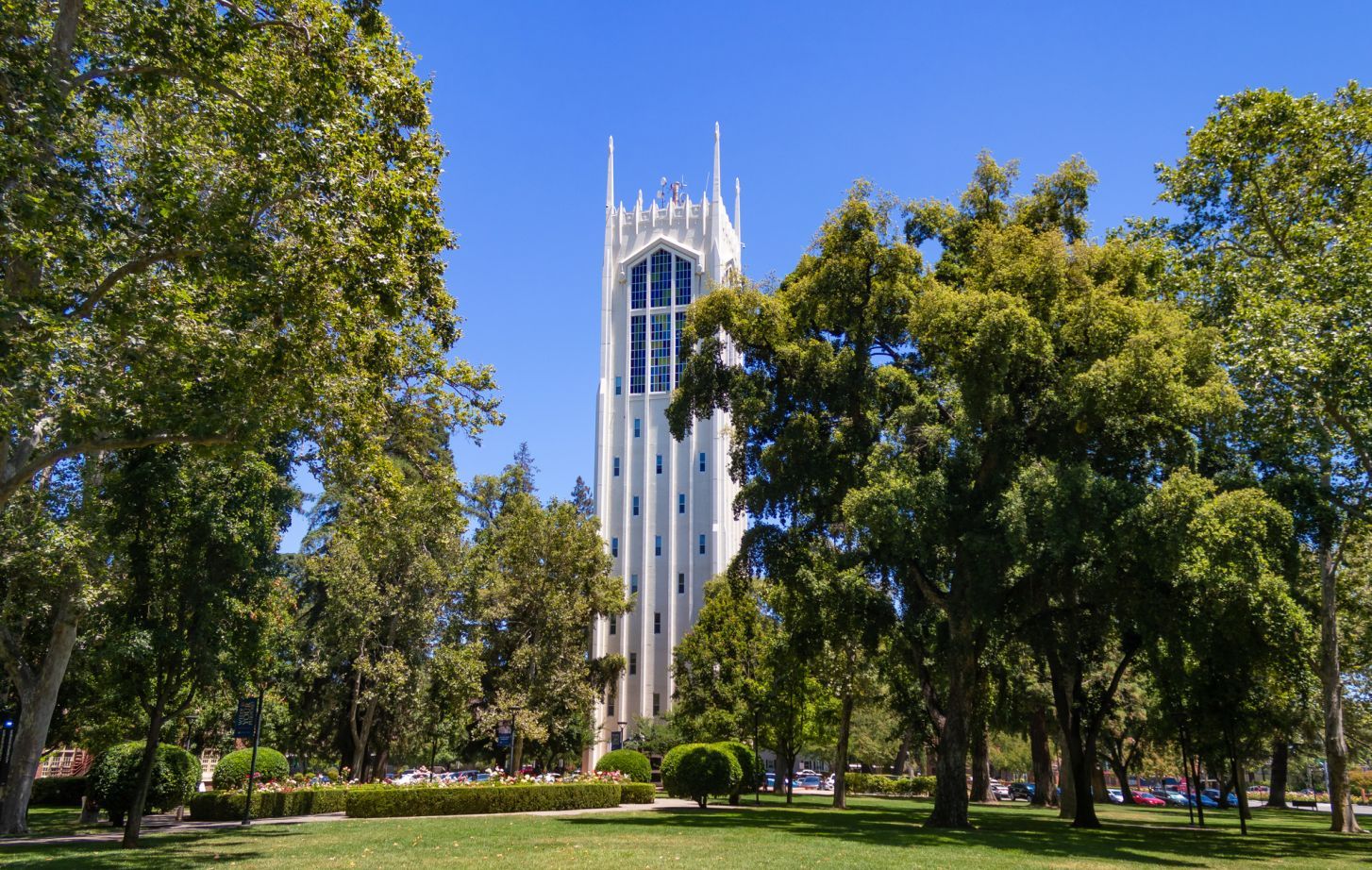 University of the Pacific’s Burns Tower, the iconic landmark that can be seen throughout much of Stockton, is set to be reimagined this spring.

The first floor of the 58-year-old building has been transformed into a welcome center for prospective students and their families. The center has open space where families can meet with admission counselors and tour guides to learn about the rich history of California's first university. There are also viewing stations playing reels, showcasing what it is like being part of the Pacific community.

"The welcome center in Burns Tower really is going to be the gateway to the university for prospective students, families and community members," said Chris Ferguson, vice president of enrollment management. "We want to provide people a place to congregate and learn about what makes Pacific a special place."

In addition to the ground level renovations, the second through fifth floors have been reconfigured into office space and creative labs for staff who support campus visitors.

"At the heart of every great university stands a center that welcomes visitors to its campus," said Pacific President Christopher Callahan. "This project will revitalize one of Pacific’s most iconic landmarks while still preserving the deep history of the building." 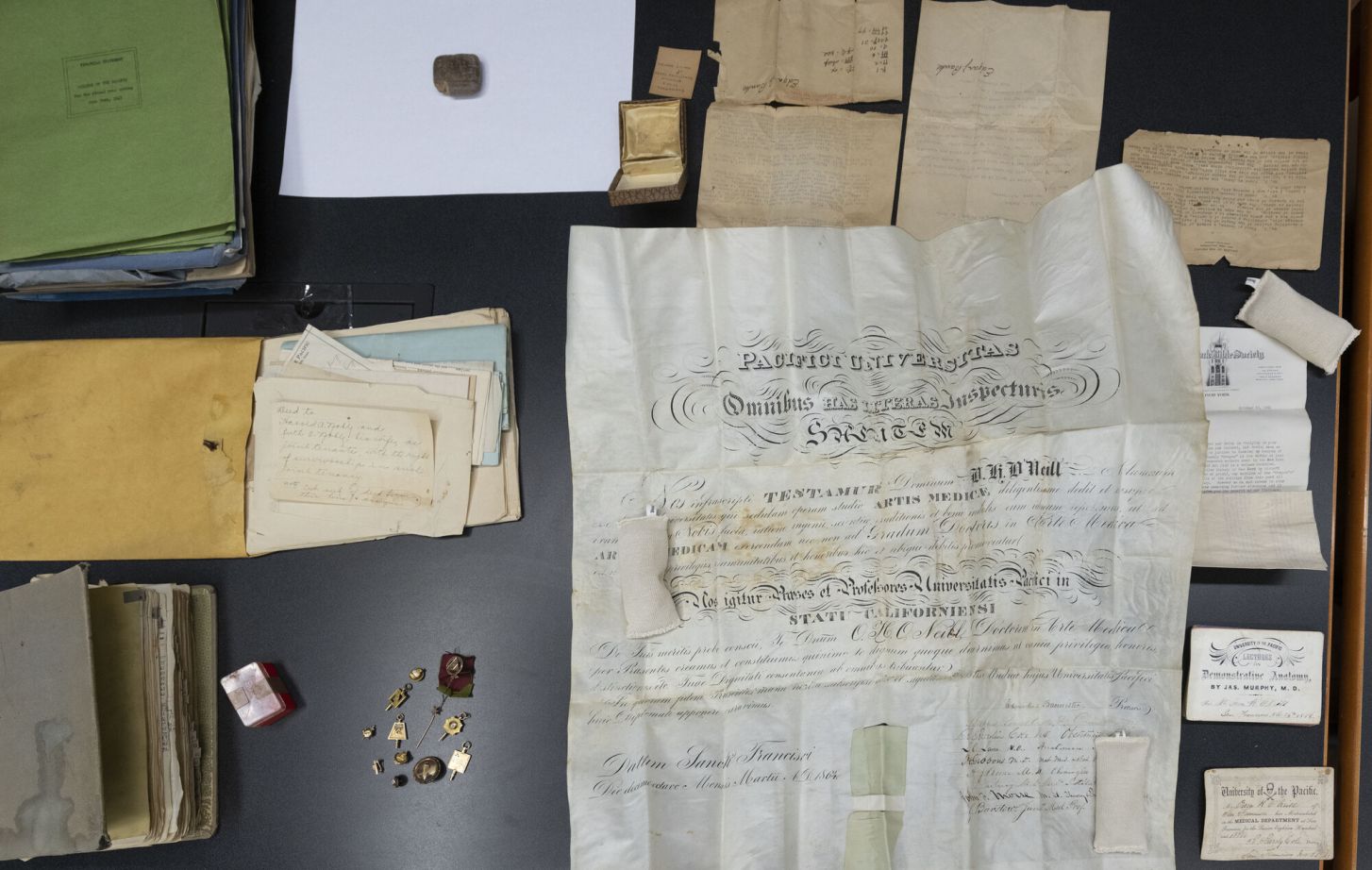 Unlocking the past: Historic documents found

During the renovations of Burns Tower, a five-foot-tall steel safe was discovered deep in the basement. Unable to pry it open, the university requested the help of Stockton’s Fire Station 4. The fire crew gingerly used the "jaws of life" to protect the contents which proved to be the earliest records of the university detailing its origins.

“Pacific is the first university ever chartered by the state of California, and we found the original documents,” explained Callahan.

Other discoveries included hand-written journals dating back to 1851 and an 1862 diploma printed on animal skin.

"This is fascinating because it tells us more about who we are as a university," said Mike Wurtz, head of special collections at Pacific.

Pacific plans to carefully preserve these documents with the hope of putting them on display. 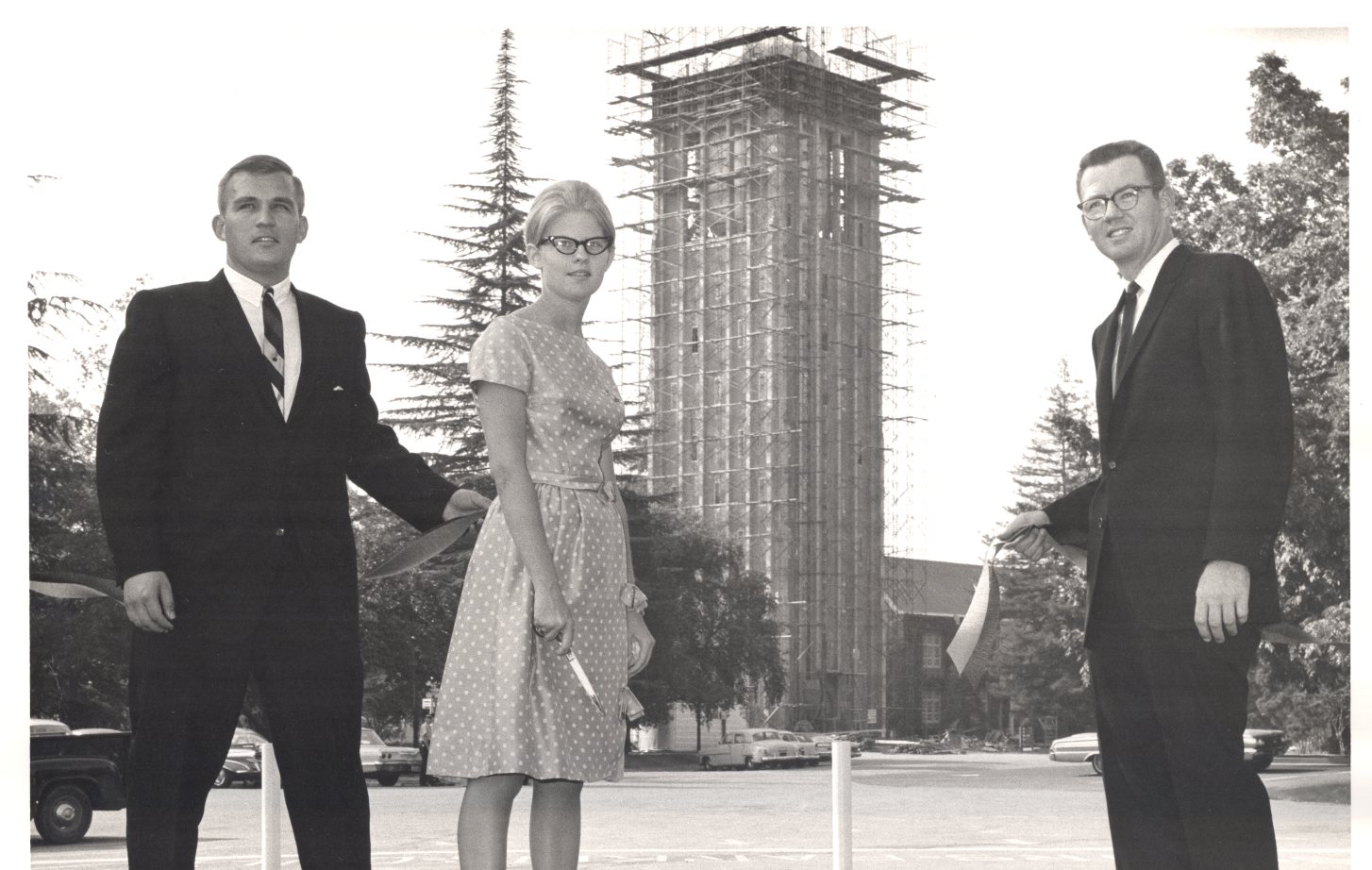 Completed in 1963, Burns Tower was the tallest building in Stockton for the first three decades of its existence. It was built using six million pounds of concrete and 200,000 pounds of reinforced steel. The first eight floors are offices, the ninth floor has a room for a radio transmitter as well as a storage area and the top three floors house a 150,000-gallon water tank which is no longer in use.

The thought of constructing a Gothic Tower took form after a study showed the need for a campus water tower to lower monthly costs. Wanting to enclose the water tower and create a multi-purpose building, Pacific architects Howard Bissell and Glen H. Mortensen collaborated in designing a place that could be used for practical purposes as well as be a stunning architectural monument.

"We placed the tank behind 24 stained-glass windows at the top of the tower," explained Mortensen during an oral history interview with Pacific Archives. "We then painted the water tank white to reflect the light coming from the corners of florescent tubes in the dark corners and that reflected on the tank and it came out through the colored glass."

The tower also housed a Carillon made up of 122 miniature bell units of bronze bell metal, including 61 Flemish bells and 61 harp bells, which can still be heard today. 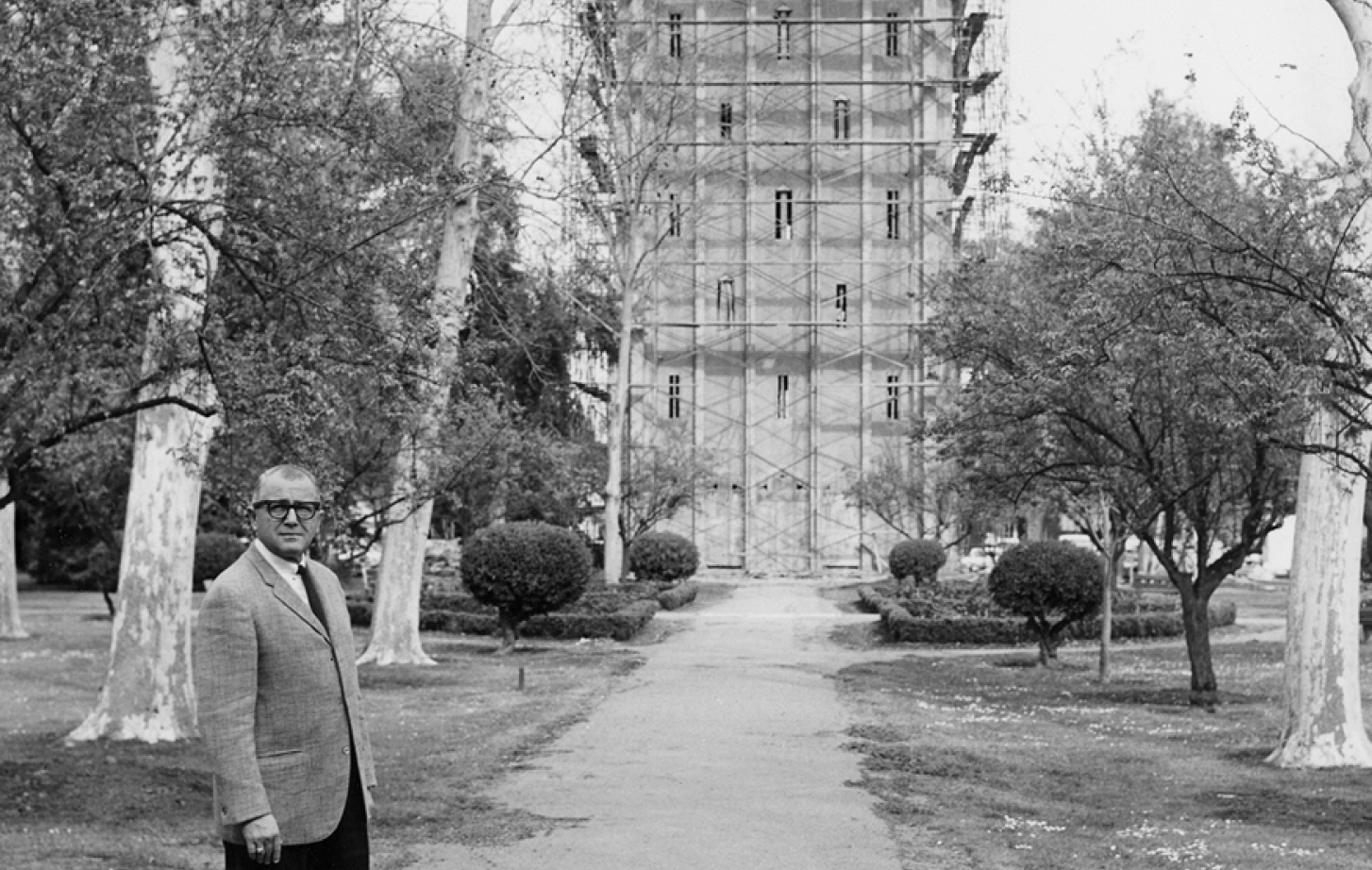 Robert E. Burns in front of Burns Tower during construction

Burns Tower was named by Pacific's Board of Regents in honor of Robert E. Burns, the first alumnus to serve as president of the university. A protégé of former Pacific president Tully C. Knoles, Burns served as president from 1946 to 1971, spending his entire career at the university.

The Missouri native was known as a vigorous entrepreneur with a pioneering spirit. In his 1946 inaugural address, Burns announced one of his most quoted statements: "Pacific must pioneer or perish." He wanted the university to pursue "the spirit of the covered wagon, not the band wagon!"

"President Burns was a great innovator and incredibly loyal to Pacific," said Judy Chambers, former Pacific vice president for student life. "He was always visible on campus and extremely connected to the community. He was just what the university needed at the time and really gave Pacific a national presence."

For Burns, the tower expressed his ambition for the university. He believed the solid construction and vertical dimensions of the building represented the far-reaching objectives to be attained by Pacific. During his final years as President, his office was on the top floor overlooking campus.

"The tower was symbolic of his (Burns) vision of the university," said Dave Fredrickson ’66, former Pacific professor and director of the Jacoby Center for Public Service and Civic Leadership. "For him, the tower epitomized the strength and durability of Pacific in the community."

Since its construction, Burns Tower has become a landmark in the city of Stockton and remains widely recognized.

"Burns Tower is extremely photogenic and has been featured in numerous publications in Stockton," said Tod Ruhstaller, CEO and curator at the Haggin Museum.

"It is a beacon and something the entire community can take pride in," reflected Fredrickson. "It's the permanent symbol of the university and points the way for all visitors to Pacific."

Following Burns’ death in 1971, his devoted assistant Alice Saecker '43 placed his ashes in the basement of the Tower where they remain today. 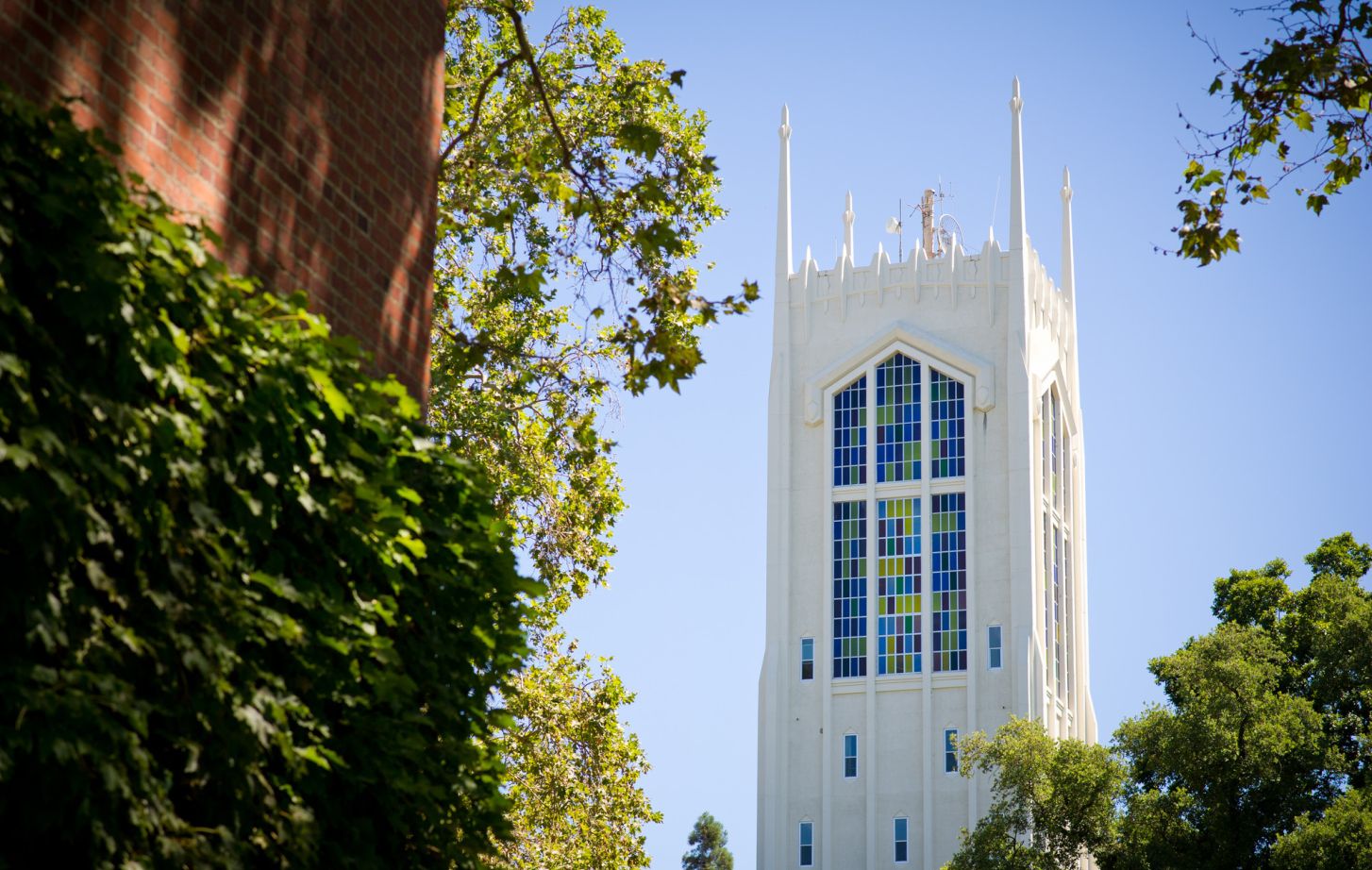 Burns Tower housed a Carillon made up of 122 miniature bell units of bronze bell metal, including 61 Flemish bells and 61 harp bells

Carillon of Faith: The Voice of the City

The carillon tunes of Burns Tower are part of the city’s voice. Programmed to be played at 12:30 and 5:30 p.m. each day, the broadcast of 122 miniature bells rings a variety of familiar songs.

Originally, Burns Tower was silent until 1964 when Paul Davies, Jr. paid tribute to his wife Faith Davies '26 with the "Carillon of Faith." Over the last 50 years, the elegant broadcast from the carillon has used gentle humor in selecting fun tunes that have played from the tower.

"You always know that when you hear the bells of the carillon it's time to go to class," said Anna Martinez, a senior at Pacific. "The common belief is you're not late to class until the final hourly chime from Burns Tower rings."

The original "Carillon of Faith" has been replaced by a newer model. The Carillon can be played by a keyboard located in the tower basement but normally is played on most days using an automated system.

"Growing up two blocks from campus, hearing the carillon bells wafting across the neighborhood was one of the distinctive elements of living and growing up in Stockton," remembered Ruhstaller. 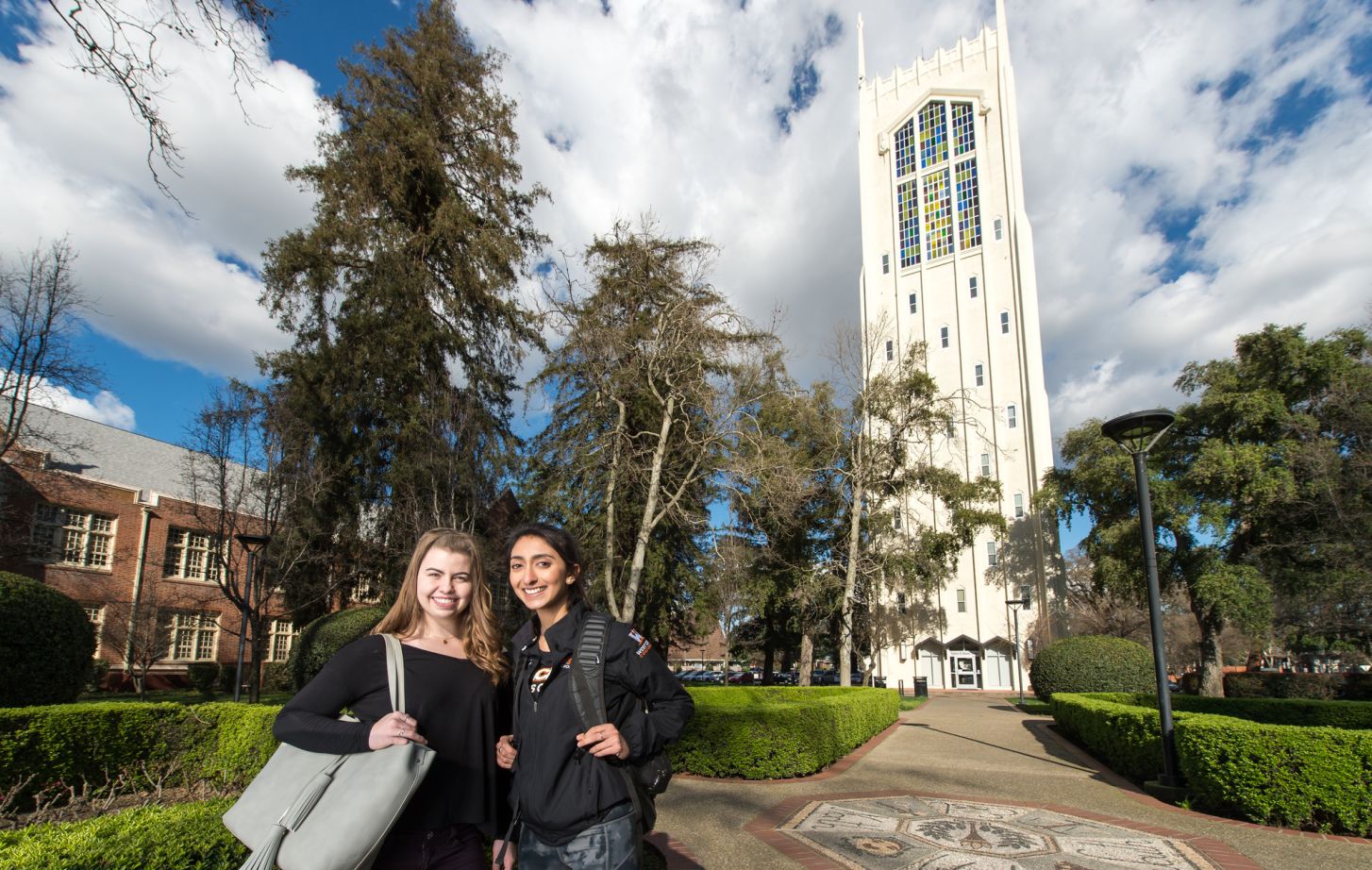 With renovations of Burns Tower nearing completion, Pacific started in-person campus tours for admitted students this month and will open up the Welcome Center to prospective students and friends from the community in the summer. In alignment with restrictions from the COVID-19 pandemic, prospective students and families are also able to walk around campus grounds on their own and are encouraged to explore one of the country's most beautiful universities.

Visitors can also take a virtual campus tour to get a look inside at Pacific's innovative and engaging living and learning spaces. 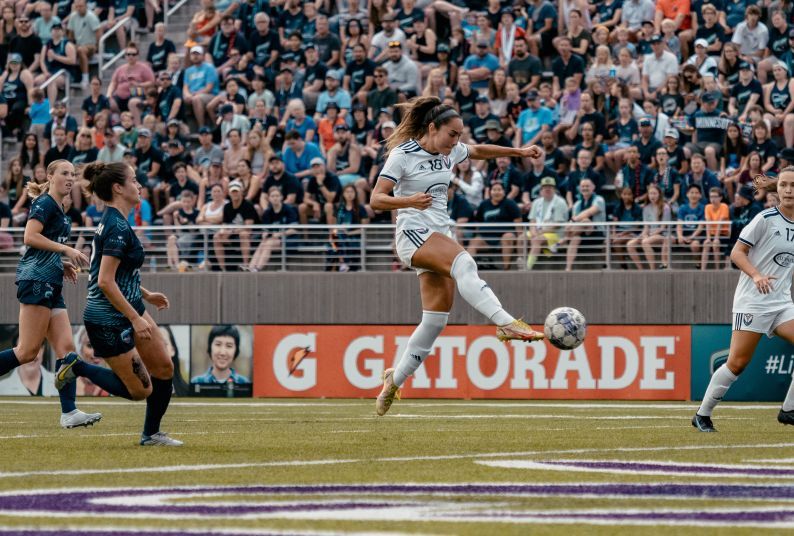 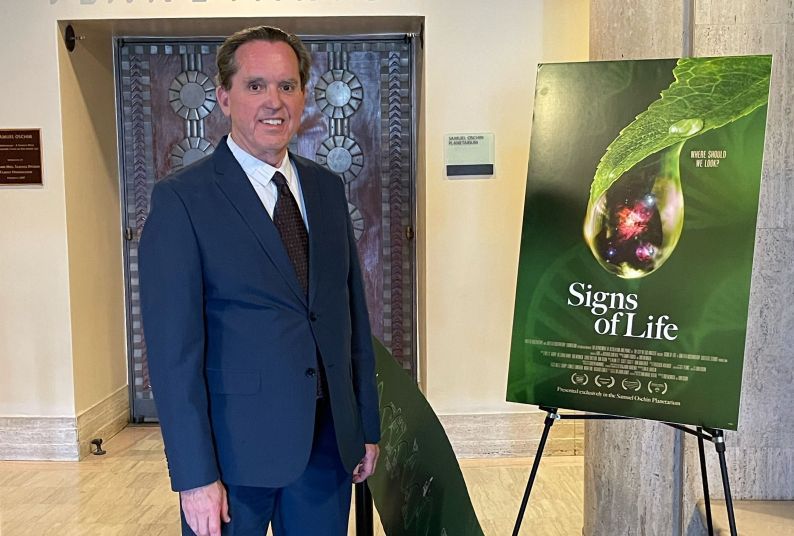 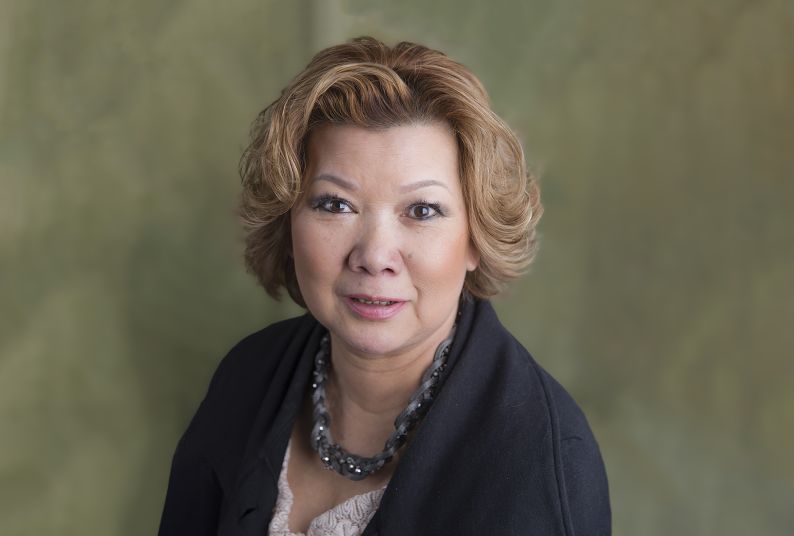