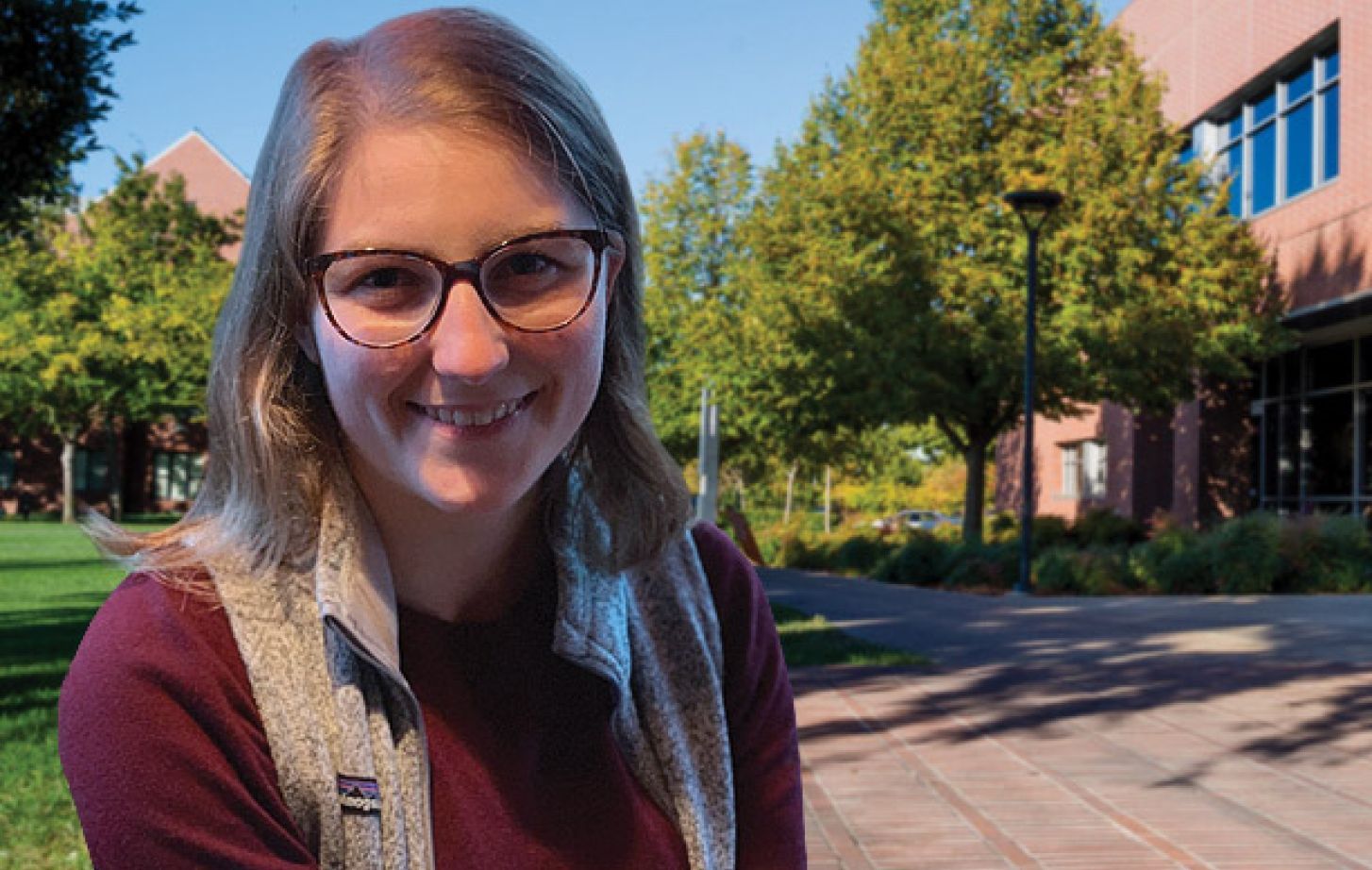 Speech-language pathology graduate Rachel Convey ’18, ’20 has received a Fulbright scholarship to study at Tampere University in Finland, under the direction of Professor Nelly Penttila. She will be conducting research and mentoring graduate students.

“I am looking forward to being around a group of people who think differently than I do,” said Convey. “I want to learn more about their education system and how they teach speech-language pathology.”

“I have a passion for individuals with Parkinson’s disease and improving services for this population,” Convey said.

Many individuals with Parkinson’s disease experience diminished lung capacity and decreased speaking volume. To address these challenges, speech-language pathologists around the world use the LSVT LOUD® (Lee Silverman Voice Treatment) speech therapy program. Developed by Lorraine Olson Ramig it is the widely adopted, research-based program of sixteen one-hour sessions spread over four weeks. The goal of the program is to increase vocal loudness to a healthy, normal loudness so the patient can improve communication with others.

Convey wanted to find a way to give real-time feedback during therapy sessions as to how loudly or softly the client was speaking. With the help of her father and brother, Convey designed and built a visual feedback device. The device stands approximately two feet tall and attached to the front of the device is a chart with horizontal bars in shades of blue, with the darkest shade of blue at the top. A metal bar, which can be moved up or down, runs horizontally across the chart. During a speech therapy session, the clinician sits across from the client and the device is placed to the side, facing the client.

“Parkinson’s disease voice therapy is very rigorous and very tiring for both the patient and the clinician,” she said. “I hope this device can make it a more enjoyable process.”

During each LSVT LOUD® session, the clinician collects data using a stop watch and a decibel meter. Convey was unable to simultaneously record the necessary data and use the visual feedback device. Stepping in to help, assistant professor of speech-language pathology Derek Isetti, observed each of Convey’s sessions and helped record data.

“Dr. Isetti helped throughout the entire process, from getting the certifications I needed, to filling out the Institutional Review Board application, to conducting the research itself,” Convey said.
“I could not have been successful without his help.”

Convey completed her bachelor of science and master of science in speech-language pathology at Pacific. She appreciates the encouragement and support from the Pacific family, throughout her educational journey and as she prepares for the experiences that await her in Finland in August. 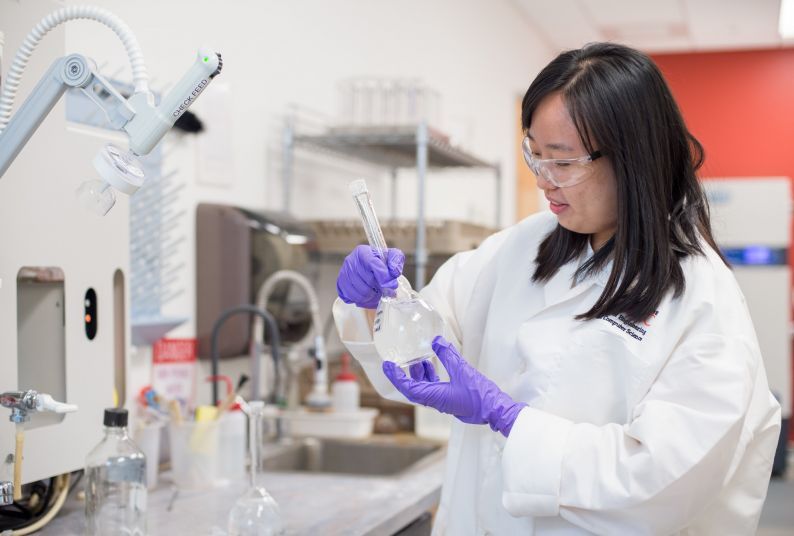 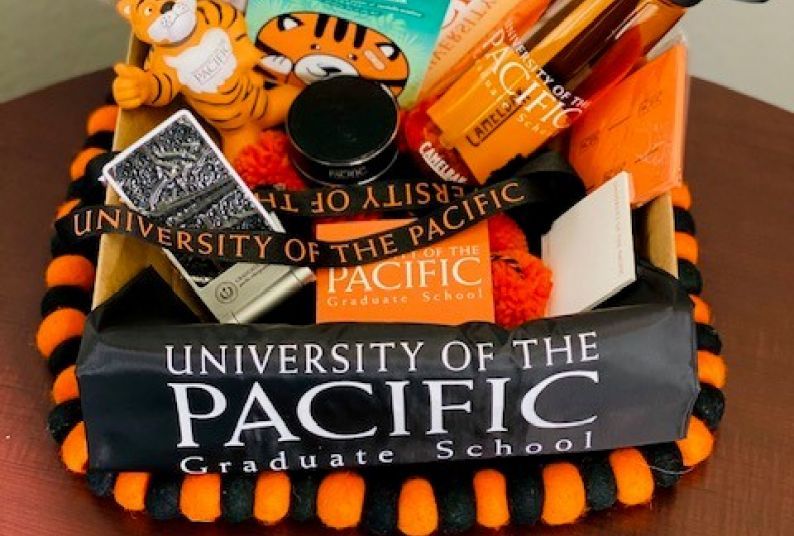 Graduate students got a pick-me-up before finals 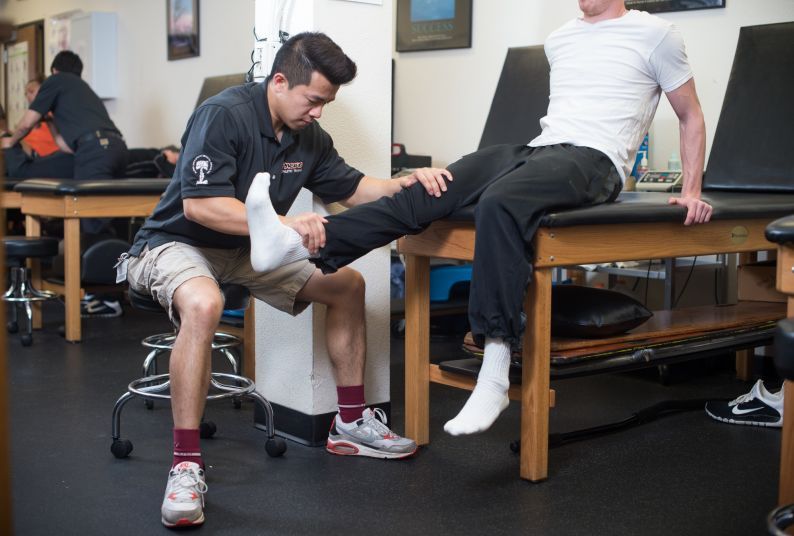