University of the Pacific Athletics chose a unique approach this season with the women’s soccer program by naming two interim co-head coaches.

The innovation was so successful that Athletics Director Janet Lucas on Tuesday named Danesha Adams and J.J. Wozniak as co-head coaches going forward. And just two days later, the West Coast Conference named the duo Coaches of the Year in women’s soccer.

“The success on and off the field this season, combined with the collective 42 years of collegiate and professional playing or coaching experience of Coach Adams and Coach Wozniak, inspired this groundbreaking appointment of co-head coaches,” Lucas said.

“It is rare to find co-head coaches in the NCAA, and typically those are married couples,” Lucas said. “This decision was based on the commitment to identify the best path forward for our program, the university’s willingness to innovate and on the program’s stunning turnaround this season.” 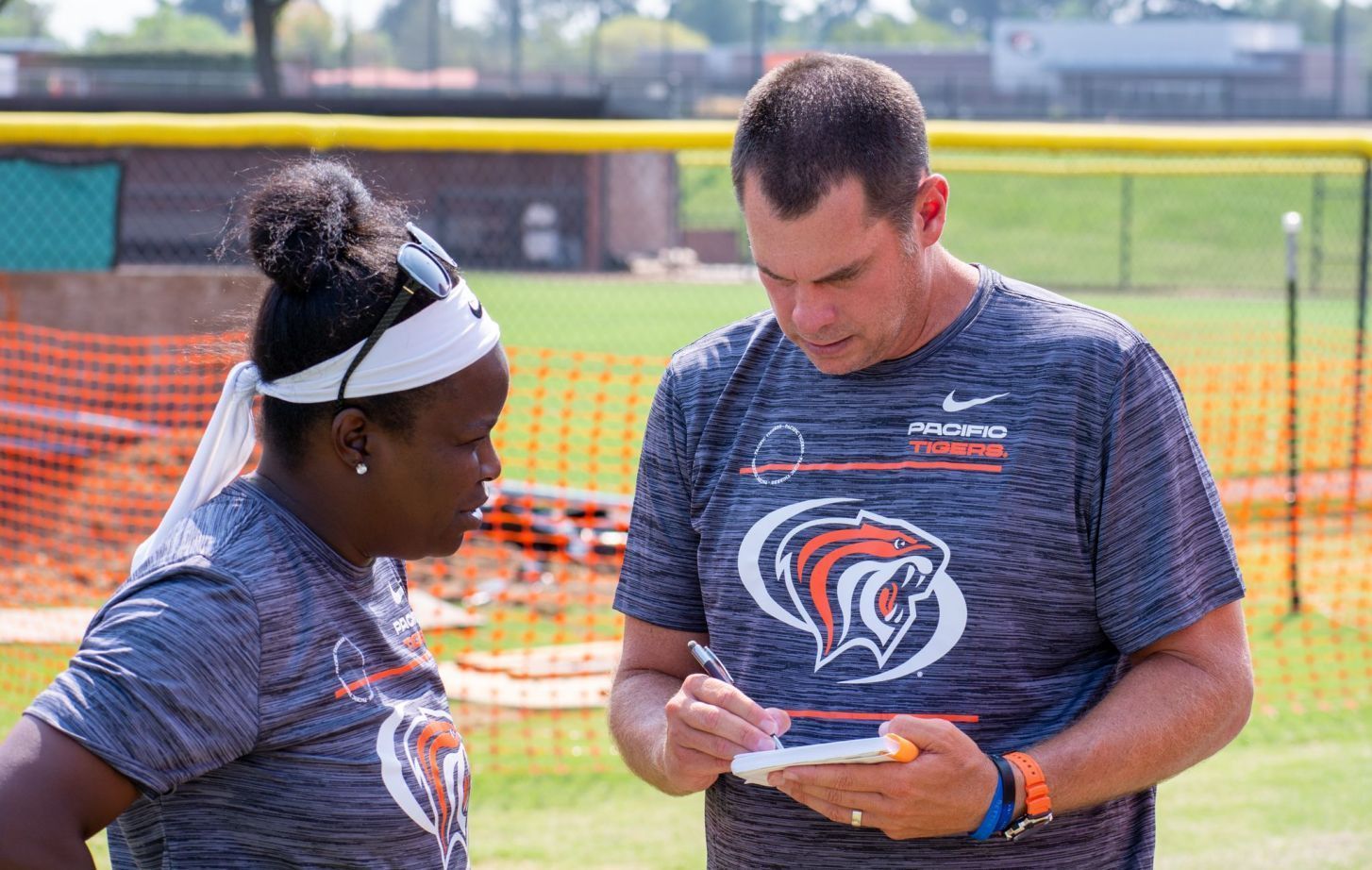 Under the leadership of the interim co-head coaches, the program achieved its best record in 12 years, finishing 10-6-3 record. The program averaged just fewer than four wins per season over the past 11 years.

Adams and Wozniak led the Tigers to a hot start, compiling an 8-1-1 non-conference record, including a seven-match win streak. Pacific quickly developed a stellar defense, recording six shutouts before WCC play began. Goalkeeper Brenna Crump was a three-time WCC Defensive Player of the Week selection, who was named WCC goalie of the year. Finishing the year with nine shutouts, Pacific is ranked third in the WCC in that category and fifth in goals against average.

“Danesha and J.J. have established a connection with our Pacific student-athletes, recruits, community and each other that is extraordinary,” Lucas continued. “With the momentum and team culture fostered this season and the programmatic turnaround on the field, they have demonstrated a commitment to the growth and well-being of our student-athletes, as well as the future success of our women’s soccer program.”

Adams and Wozniak both came to Pacific in March 2020 as assistant coaches and were named interim co-head coaches in July 2021.

“Danesha and J.J. have established a connection with our Pacific student-athletes, recruits, community and each other that is extraordinary”—Pacific Athletics Director Janet Lucas

This innovative move won praise from around the conference.

“Pacific just got a lot better," said Gonzaga University women’s soccer head coach Chris Watkins. "Creating a winning culture is the hardest thing to do in coaching. J.J. and Danesha have created the culture within their program in an impressive way. The players know they can compete and play with anyone now.”

Jerry Smith, who in his 35 years as head coach at Santa Clara University led that program to 12 WCC titles and two national championships, called the hirings of the co-head coaches “a great decision.”

“As someone who is very committed to seeing the WCC remain one of the best conferences in the country for women's soccer, I applaud this decision as I know Danesha and JJ will continue to do great things with this program,” Smith said. “The UOP Women's Soccer team continued to grow and move forward under their leadership this season. I was very impressed by the very clear 'buy-in' from the players. The energy, commitment, and team spirit were that of a bunch of players who are on the same page as one another, and who were playing hard for each other, their coaches and their university.”

Another WCC coach, Tim Ward, who has his #19 Pepperdine Waves in the NCAA Tournament as a #4 seed, shared his thoughts. “Pacific just hired two amazing human beings in Danesha Adams and JJ Wozniak!! Our staff here at Pepperdine has the utmost respect for them and the job they've done with the program this fall. The quality of soccer their team played was fantastic -- and perhaps even more impressive was the palpable buy-in from their players toward their strong team culture. Congratulations to the Pacific women's soccer team for what I'm sure will be the beginning of a very special journey with two very special coaches!”

Adams came to Pacific from the University of Houston where she served as assistant coach and recruiting coordinator. She immediately sparked major improvements offensively for the Cougars as the team tallied 29 goals in 2017, her first season on the Houston sideline. She also coached at Villanova University in 2016.

Adams had a storied playing career at UCLA, helping the Bruins to four NCAA Final Four College Cups. She was a three-time Pac-10 Conference First Team selection, a two-time Hermann Trophy finalist and a Pac-10 Player of the Year finalist. She still ranks sixth on the Pac-12 all-time scoring list with 60 career goals. After her career at UCLA, she was the sixth pick in the 2008 WPS Supplemental Draft and played professionally from 2009–10 with the Chicago Red Stars and then with the Philadelphia Independence from 2010–12. She continued to play in the NWSL as well as with professional teams in Sweden, Turkey, Cypress and Norway. She earned a bachelor’s degree in sociology at UCLA.

“I could not be happier for this opportunity to run this program alongside J.J.,” Adams said. “Being a head coach at this level has been a dream of mine and couldn't have done it without my family, colleagues and mentors. Knowing I get to do it at Pacific with this group of women is even more special. They have bought in and have led the way of this culture change to define what Pacific soccer means. They trusted us and believed in their program and deserve all the credit for where we are going moving forward.”

Wozniak came to Pacific after serving as associate head coach at UNLV. He spent five years with the Rebels, joining Chris Shaw’s staff as an assistant coach and was promoted in 2017. The Rebels had four double-digit win seasons during his time on the staff. Prior to UNLV, he was the top assistant for the men’s program at Belmont and started his college coaching career as the goalkeeper coach at Fresno State. He has a long history coaching club programs in California and Nevada, notably the nine years with California Odyssey.

Wozniak was an accomplished collegiate player, starting his career from 1992–95 at Saint Louis before finishing at Fresno State. He was the 1995 Mountain Pacific Sports Federation Player of the Year while playing for the Bulldogs. He earned his degree from Fresno State in 2000, completing his course work while playing professional soccer with stints with the Los Angeles Galaxy in 1997 and the San Jose Clash in 1999, mixed in with time in the USL and USISL leagues. He twice earned league goalkeeper of the year honors.

“This fall 2021 season was the most special season I have ever experienced in so many ways and to be able to continue the journey moving forward with Danesha is something I can't wait to be a part of,” Wozniak said. “The two of us together make a great team and we know that when we put all our experiences together and focus on the true mission of what this profession is, to make sure our players have the best student-athlete experience ever, the development of our team and program will meet and exceed expectations. I can't wait to continue to take this program to unprecedented heights moving forward.” 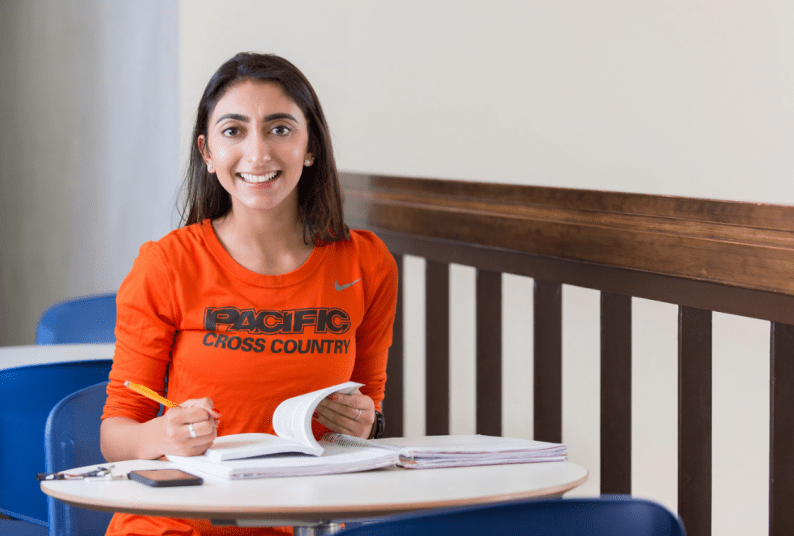 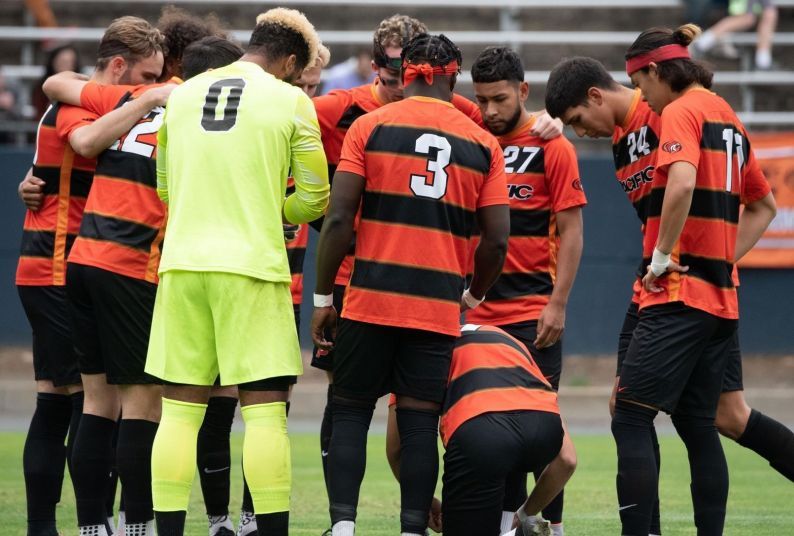 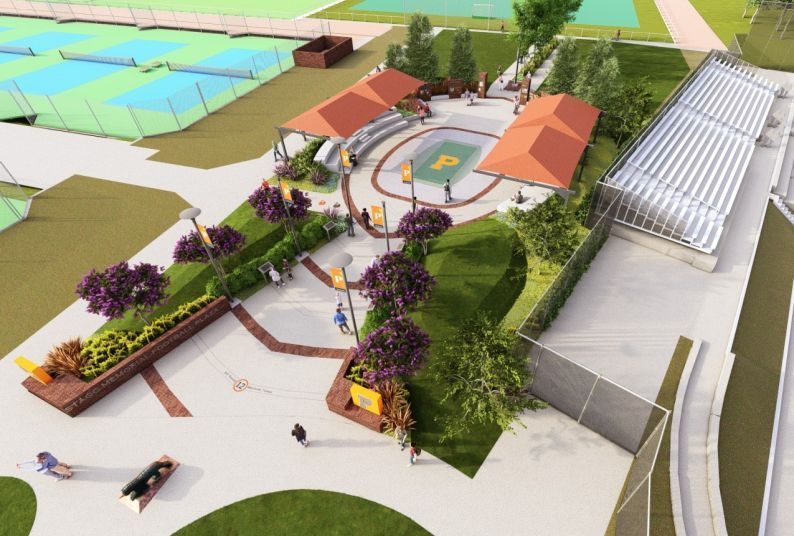