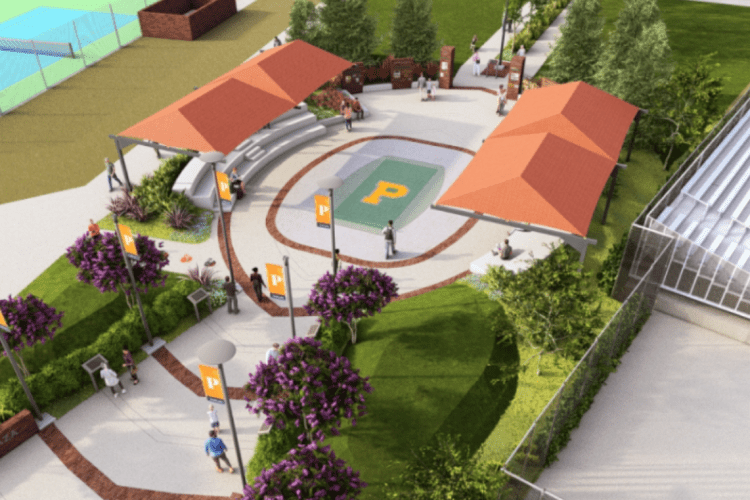 The history and tradition of football at University of the Pacific will be celebrated April 30 with the dedication of Stagg Memorial Football Plaza, the showpiece of a project on the Stockton Campus led by several former standouts.

The 10 a.m. ceremony is at the new 9,000-square foot plaza, located between the Douglass Eberhardt Aquatics Center and Eve Zimmerman Tennis Center.

Among the more than 200 estimated attendees of former players, coaches and community members is Daryl Hobbs ’91, who will be enshrined in the Pacific Athletics Hall of Fame.

“It is going to be wonderful to see some of the guys I played with at Pacific and others from before and after my time there,” said Hobbs, a wide receiver who graduated in Business Administration. He has been a successful high school football coach in Houston. “It means so much that they would build this plaza. Pacific football is special and those years were meaningful in many ways. This will create a place for people to gather, celebrate and remember.”

Seattle Seahawks Head Coach Pete Carroll ’73, ’78 and Tom Flores ’58, former coach of the Oakland and Los Angeles Raiders, who have both won Super Bowls as head coaches, were members of the Pacific Football Legacy Project Committee.

The legacy project also includes an endowed scholarship for student-athletes and an archive at the William Knox Holt Memorial Library and Learning Center. Pacific football started in 1919 when the university was in the Bay Area and was discontinued after the 1995 season.

In conjunction with the dedication, the Pacific Athletics Hall of Fame will induct Hobbs and Greg Koperek ’89 (defensive back) as well as the 1972 and 1973 football teams, which combined for a 15-5-1 record. Carl Kammerer ’61 and Fa’tafa Jefferson ’97 will be honored as Stagg Award of Merit recipients. The award recognizes alumni who participated in athletics at Pacific and who went on to achieve distinction in their lives that legendary Pacific Coach Amos Alonzo Stagg personified.

Known as “The Grand Old Man of Football,” Stagg introduced innovative concepts to the sport including the forward pass, players starting in motion parallel to the line of scrimmage and the onside kick. The university’s football facility became known as Amos Alonzo Stagg Memorial Stadium in October 1988 in honor of the former coach.

“Football was more than a sport at Pacific. It was woven into the very fabric of the university and community, and in many ways, it still is,” said Janet Lucas, director of athletics. “This project not only honors football, but the spirit and excellence of Pacific Athletics that is prevalent today.”

For the reunion event schedule (April 29-30) or to register, click here.

Funding efforts for the football plaza continue, including the opportunity for alumni, community members and others to purchase personalized bricks. To learn more about ways you can make a gift to the project, contact Executive Associate Athletics Director for Development Tim Dickson at tdickson@pacific.edu or 209.946.3177, or visit JOINPAF.org.

•    Dick Bass: Bass led the nation in rushing in 1958 with 1,361 yards, including 215 in the season opener at Cal—a team that reached the Rose Bowl. Bass was a three-time Pro Bowl selection for the Los Angeles Rams.
•    Willard Harrell: Harrell rushed for 3,324 yards and scored 33 touchdowns for Pacific from 1978-81. He played 10 years in the NFL for the Green Bay Packers and St. Louis Cardinals.
•    Eddie LeBaron: Known as “The Little General” because of his short stature and post-graduate military service, the 5-foot-7 quarterback led the nation in total offense (503 yards per game) while leading Pacific to an 11-0 record in 1949. LeBaron played 12 seasons of professional football and finished with 13,399 passing yards.
•    Eddie Macon: The first Black football player at Pacific, Macon scored 34 touchdowns in three years. The Chicago Bears drafted Macon in 1952. He became the franchise’s first Black player.
•    Mike Merriweather: A standout linebacker for the Tigers from 1978-1981, Merriweather went on to have a successful professional career with the Pittsburgh Steelers and Minnesota Vikings. He was a three-time Pro Bowl selection. Merriweather chose to sit out the 1988 season in a contract dispute and became a central figure in NFL players gaining free agency. 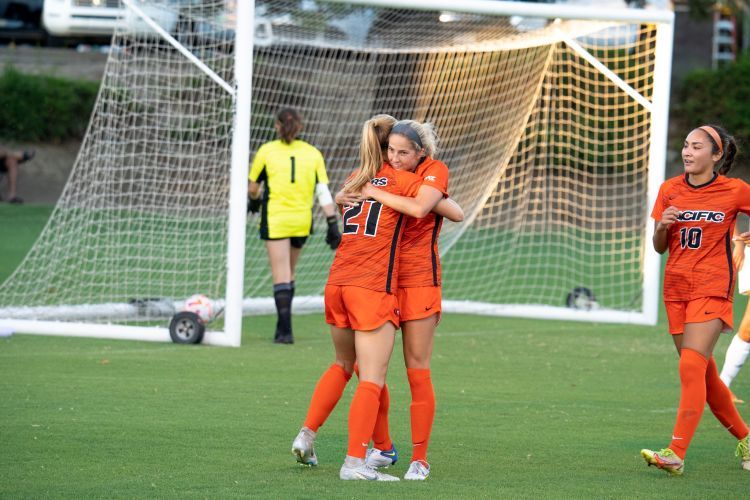 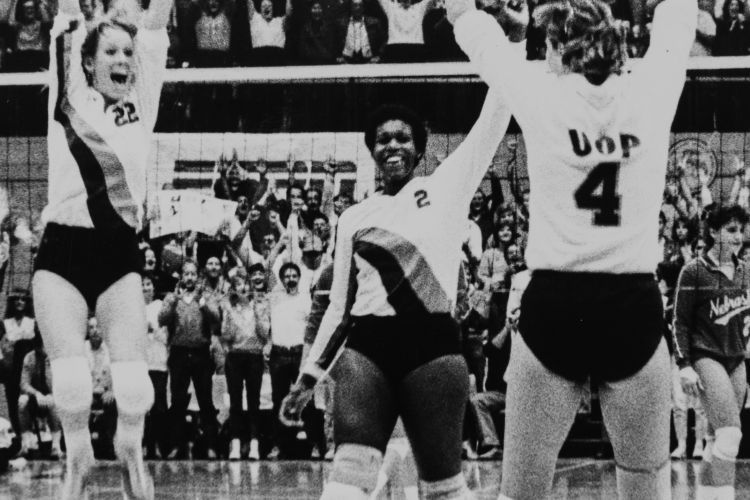 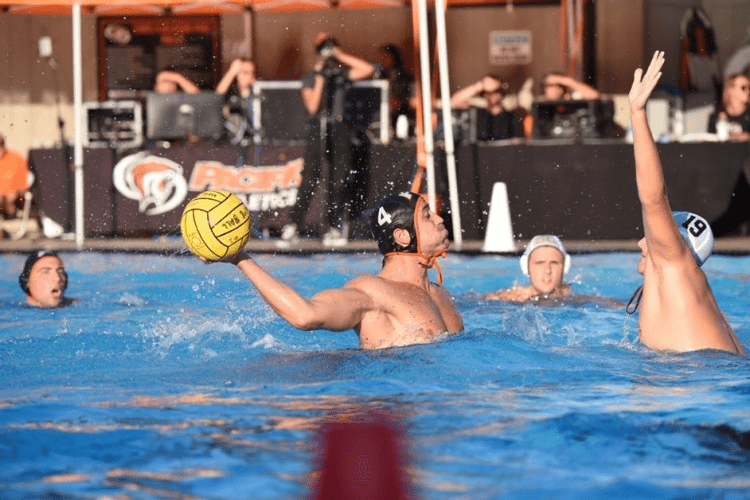